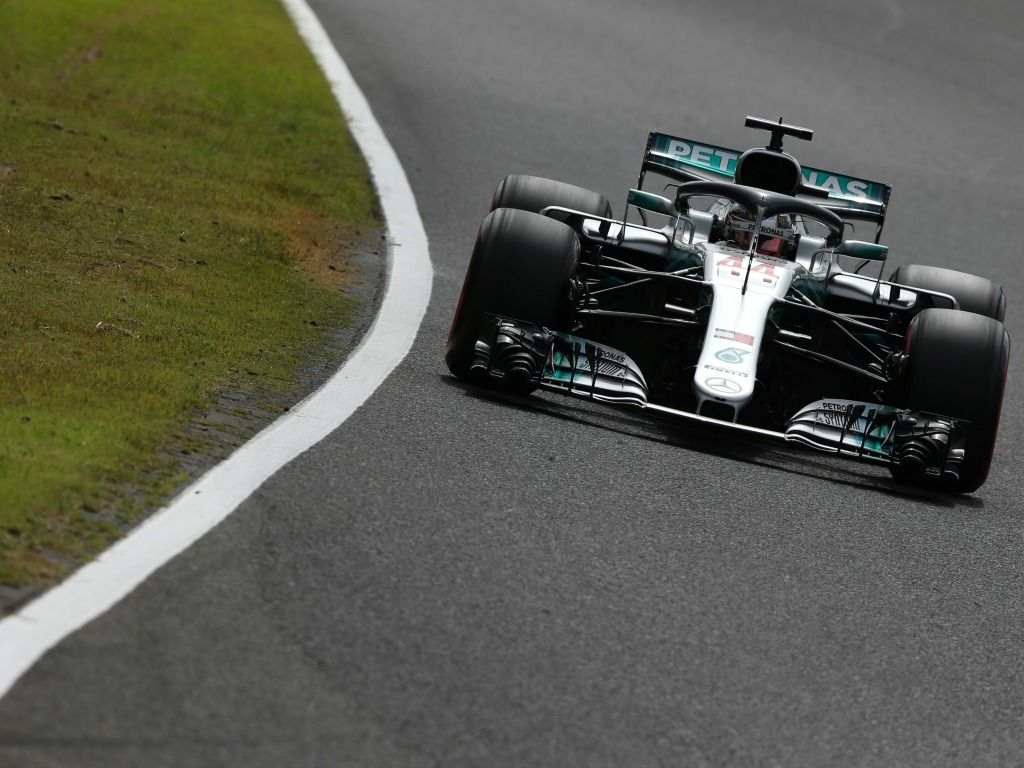 Lewis Hamilton has heaped praise on his Mercedes strategists after qualifying on pole position in tricky conditions in Japan.

The rain was intermittent throughout the session at Suzuka, with Mercedes opting to go for the supersofts to start Q3.

Their main rivals, Ferrari, chose to send both cars out on the intermediate tyre instead, before both drivers returned to the pit lane after their out laps.

Despite this, Ferrari arguably had the best of the conditions in the middle part of the session, but neither Sebastian Vettel or Kimi Raikkonen could capitalise on them.

With Vettel languishing down in P9, Hamilton could move a step closer to claiming the title on Sunday, thanking the team for their call once again.

“Look, it is so difficult out there to make the right call but I think that is another real big difference that we as a team have made this year,” Hamilton said immediately after the session.

“Every team has smart people, but ultimately when it comes to being under pressure, making the right decisions and the right calls, that is why we are the best team in the world and rightly so, they deserve that.”

“The team have done an amazing job this weekend and the call which we made to go out for Q3, which was probably the most difficult call.”

“You saw all of us crumbling, and kind of, trying to figure out what to do, the team were just spot on with it and gave us the opportunity to grab this pole position.”

The decision to go out on slicks in the final part of qualifying gave Mercedes a comfortable 1-2, more than a second clear of Max Verstappen in P3.

Hamilton secured his eightieth pole position in Formula 1, to extend his record in the sport, and he couldn’t quite believe the milestone.

“Whilst it was a bit of an anti-climax because we didn’t get to do the last lap, it was still… It is my 80th [pole position],.” he continued.

“I can’t believe that I have 80 and I couldn’t have done this without the team.

“We have worked so hard on this car to refine it and to improve it in all areas and even in ourselves, in how we function, the processes that we go through, our communication and everything.

“So, it is really just such an honour to race for this team for the guys and I am just so thankful. A big thank you to everyone back at the factory.

“I am so proud to be on this journey with them and I never in a million years thought I would get to 80.”

Hamilton will start Sunday’s Japanese Grand Prix from pole position, with team-mate Valtteri Bottas alongside him.