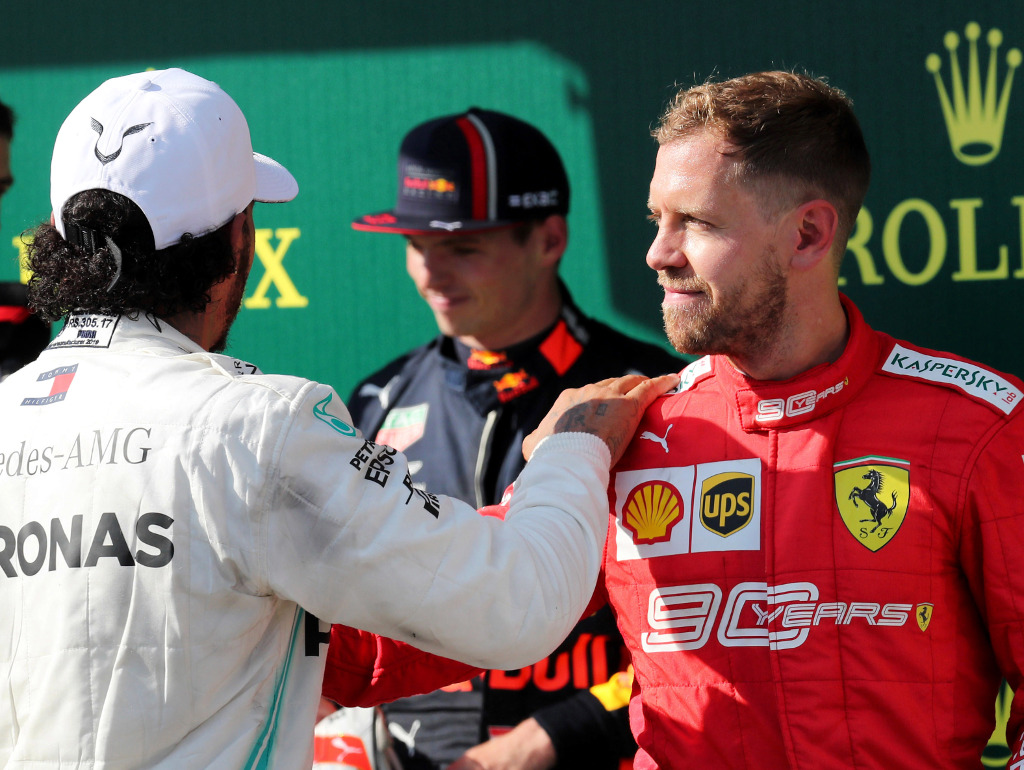 Lewis Hamilton says Red Bull should put Fernando Alonso in the car but while Max Verstappen would welcome the Spaniard’s return, he reckons Mercedes should be his destination.

Hamilton and Verstappen put up one of the best battles of this season as the duo raced to the top-two spots on the podium at the Hungarian Grand Prix.

But while Hamilton was P1, his reportedly soon-to-be-unemployed team-mate, Valtteri Bottas, was P8, while Verstappen’s Red Bull partner, Pierre Gasly, was sixth.

In the immediate aftermath of the Hungarian race, Alonso took to social media to praise both Hamilton and Verstappen.

This naturally raised the question of whether the duo would like to see Alonso return to the F1 grid.

“I was just actually watching some of the restarts, the starts of previous years and watching him from his Renault days and I remember just before I even got to Formula One watching how amazing their starts were.

“I don’t know how old Fernando is now but he’s always going to be a great driver. If he can get a good seat, he’s always welcome here to battle with us.

“It doesn’t make a difference, really, necessarily for me. I’m here to fight whoever’s here.”

Verstappen was also in favour, saying: “I think it was a bit of a shame that I never had an opportunity to fight against him in F1 so yeah.”

Hamilton even found the perfect race-seat for his former McLaren team-mate, telling Verstappen: “Could be a good team-mate for you.”

Verstappen’s replied: “Fernando? Well, you have experience with it, I don’t know.”

The Dutchman added: “Maybe he could speak to Toto.”

However, Hamilton was quick to stand up for Bottas, despite reports claiming the Finn’s days at Mercedes are numbered.

“Valtteri’s great; Valtteri’s been winning. You’re the one with the extra seat,” he said to Verstappen.

The question about Alonso’s return was also put to Sebastian Vettel, who was third in Sunday’s race.

“I respect him for what he achieved and for what he can do on track. I don’t know. I guess he’s bored if he has time to write these things. So bring him back, I don’t mind.”

Verstappen suggested another career path for Alonso in F1.

“Maybe as a social media manager,” he said. “To me, he’s always been very nice and good.

“I like that he is also now looking into other opportunities for racing. He just loves racing and he wants to win, he wants to be competitive. It’s good to see.