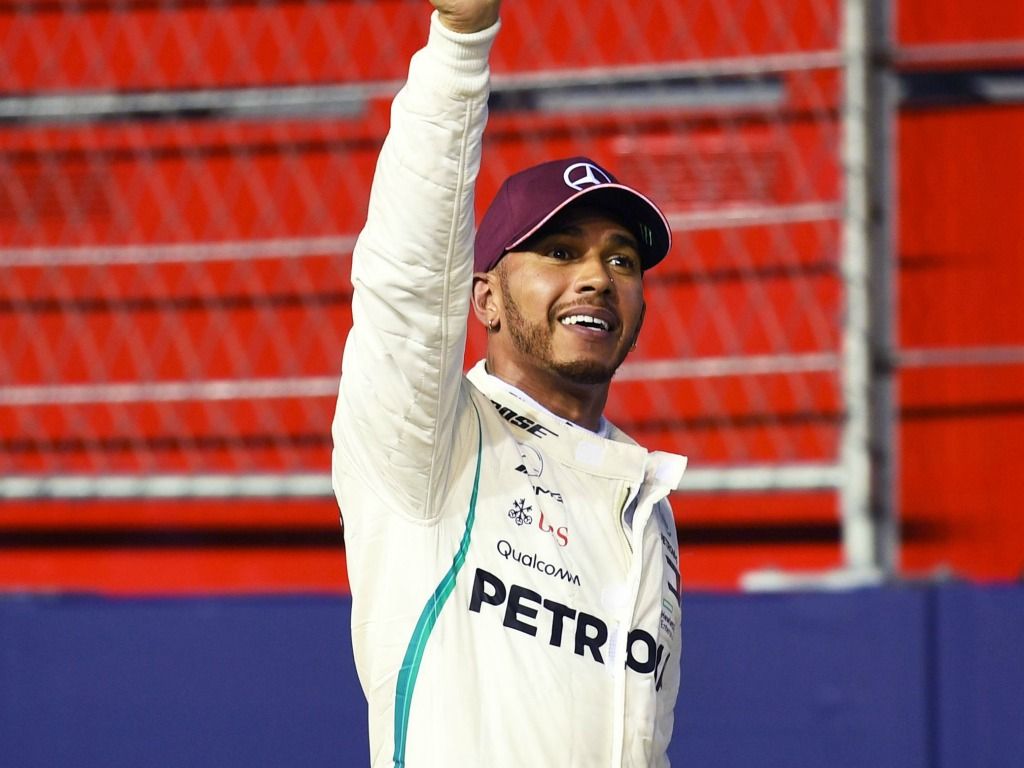 Lewis Hamilton was left feeling “super overwhelmed” after blasting away the opposition in qualifying for the Singapore Grand Prix.

The general consensus was that this qualifying session was Ferrari’s to lose, but Hamilton made everyone stand up and take notice with a stonking 1:36.015 in Q3 which proved to be untouchable.

Hamilton was three tenths quicker than Max Verstappen, who completes the front row and a whopping six tenths faster than title rival Sebastian Vettel as he settled for a P3 spot.

“That was a hard qualifying session. That lap felt like magic. I don’t know where it came from but it all came together.

“Huge thank you to all the team. Everyone is working so hard to pull out extra bits. For that one lap I managed to get it right.

“I don’t think there was a moment in the lap that was wide or any problems. It was just perfectly to the limit. It felt like one of the best laps I remember feeling.”

No. We can’t quite believe it either, @LewisHamilton!

That was Hamilton’s seventh pole position of the 2018 season and the 79th of his career.

His boss Toto Wolff said Hamilton’s ability to pull out sensational laps like that are like “stardust”.

“Ferrari had the form in the past years, but we’ve found out how to set the car up so thank you to all the guys back in the UK because it’s working now.”

“Tyres are no silver bullet, but it’s just a few things we’ve understood since Spa in where we’ve got our advantage from.”