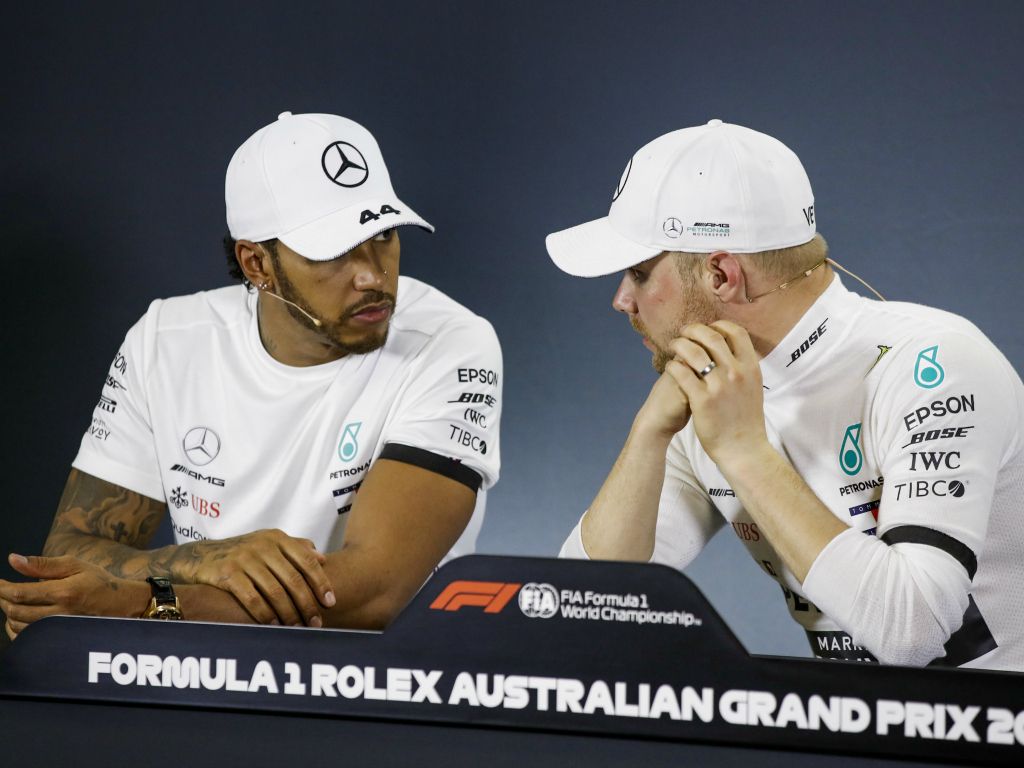 Lewis Hamilton does not feel Valtteri Bottas has changed his mindset this year, although the Finn begs to differ.

A bearded Bottas showed a ‘f*** you’ mentality on his way to winning the Australian Grand Prix in comfortable fashion.

And Bottas revealed in Bahrain that he has changed his approach with his Mercedes future once again on the line this season.

“For sure if you look at the results it is very early in the season, it is one race,” Bottas said.

“But I can say that something in my mindset has changed for the year.

“Preparation over the winter and the way of how I feel and think about things has changed. It is quite difficult to explain in detail but I feel different to years before.”

But team-mate Hamilton says he is just seeing the same old Bottas he has raced against in previous years.

“I don’t think so, he’s motivated every year,” Hamilton said when asked if he had noticed any changes with Bottas.

“I work with the guy and he’s the same guy he was last year. So, no difference for me except he has a beard.

“Time will tell I guess. I never thought he was a weak person anyway. I’ve always seen him as a strong character.”

Hamilton also said Bottas’ victory in Melbourne does not mean he will change his own approach in Bahrain and beyond.

He added: “Not really, it doesn’t really change a single thing. Last year he was very strong, it was a good second year for him.

“He was very unfortunate in many races. It’s just a continuation. There’s only been one race, it was a great race from him, and I look forward to seeing many more good races for him.”