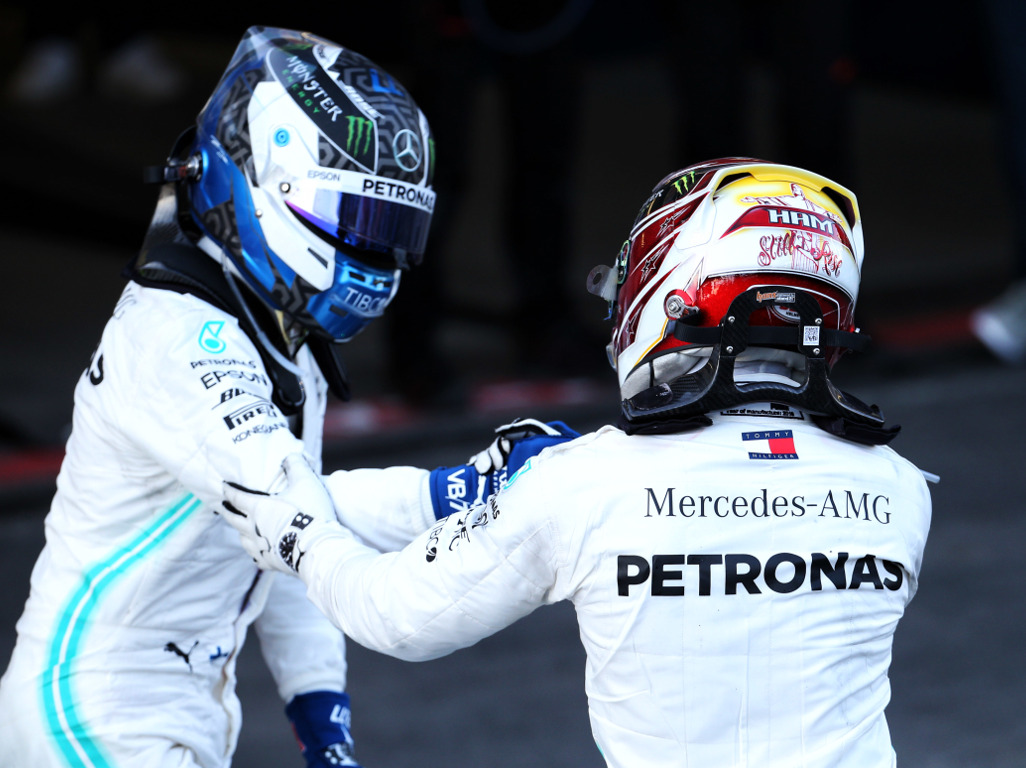 Mercedes may hold the 1-2 in the championship by more than 30 points, however, Lewis Hamilton insists Valtteri Bottas is not his only rival for this year’s title.

Four races into this season and Mercedes have finished 1-2 every grand prix Sunday.

Hamilton has two wins on the board and so too does Bottas.

It is, however, the Finn who is leading the championship thanks to his fastest lap point at the season-opening Australia Grand Prix.

But while both Mercedes drivers are more than 30 points ahead of third placed Sebastian Vettel, Hamilton insists it is too early to call it a two-horse race.

“No, it’s far too early to say that one person is the title rival,” he said.

“Ferrari this weekend had good pace in practice and in qualifying.

“But we still have to stay on our toes.

There is of course also the prospect of the Mercedes battle turning nasty as it did between Hamilton and Nico Rosberg back in 2015 and 2016.

But while team boss Toto Wolff is determined to ensure that doesn’t happen again, Hamilton concedes one never knows until they are in the thick of the battle.

“I can’t tell you what’s going to happen further in the year,” he said.

“I can’t judge if one’s character will change or not.

“Drivers in the past didn’t stick to the rules of engagement that we have as a team, and Valtteri does.”