Home News Hamilton U-Turn: Wolff would do a special job 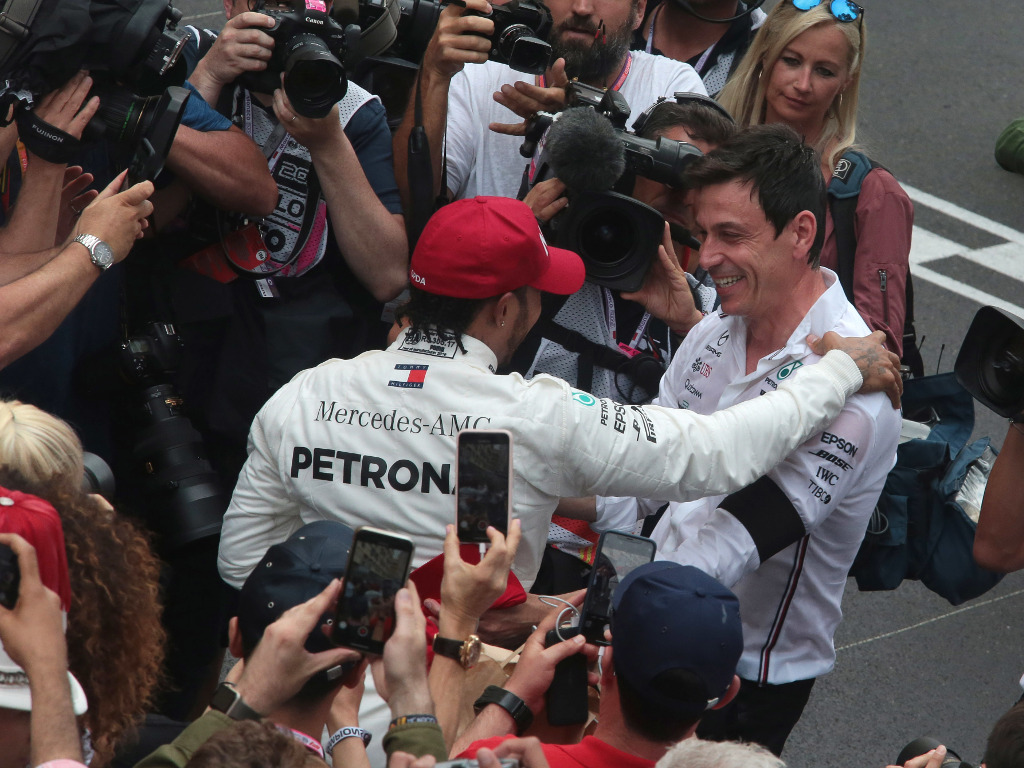 Lewis Hamilton has backtracked on his comments that Toto Wolff shouldn’t lead F1, saying he reckons his current team boss would do a “pretty special job.”

Although Chase Carey is the current Formula 1 supremo, there is speculation that he could be step down in the coming months.

One person being touted as his possible replacement is Mercedes motorsport boss Wolff.

The Austrian has successful led Mercedes to five successive championship doubles with the team on course for a sixth this season.

However, given his ties to Mercedes, Hamilton stated earlier this week that Wolff wouldn’t be the best man for the job given the bias.

He cited FIA president Jean Todt’s move from Ferrari to FIA management as an example.

“Sitting back as a fan, when you sit in the room with people who ultimately have to make decisions, we as humans are I think – this is just my opinion – we can be biased,” he told Motorsport.com.

“You’ve got Jean Todt, I know Jean’s level, but the fact is he’s been with the red team for so long, so surely when he wakes up if there’s a red T-shirt and a silver T-shirt, he probably goes for a red one. You know what I mean? Just like I get out of bed, I see 44 or I see number six, I will go for number 44!

“And Toto has been Mercedes through and through for such a long period of time. I don’t know if there’s anything in that.”

But having had a bit more time to give the topic some thought, Hamilton now says he feels Wolff would do an excellent job as F1 supremo.

He told Reuters: “I’ve been a bit conflicted the last few days. I made a comment but I don’t feel like I probably got out exactly what I was meaning.

“Over these past couple of days I was thinking to myself, you know, bringing someone in that doesn’t know much about Formula One is not necessarily the right decision.

“I think Toto could do a pretty special job.”