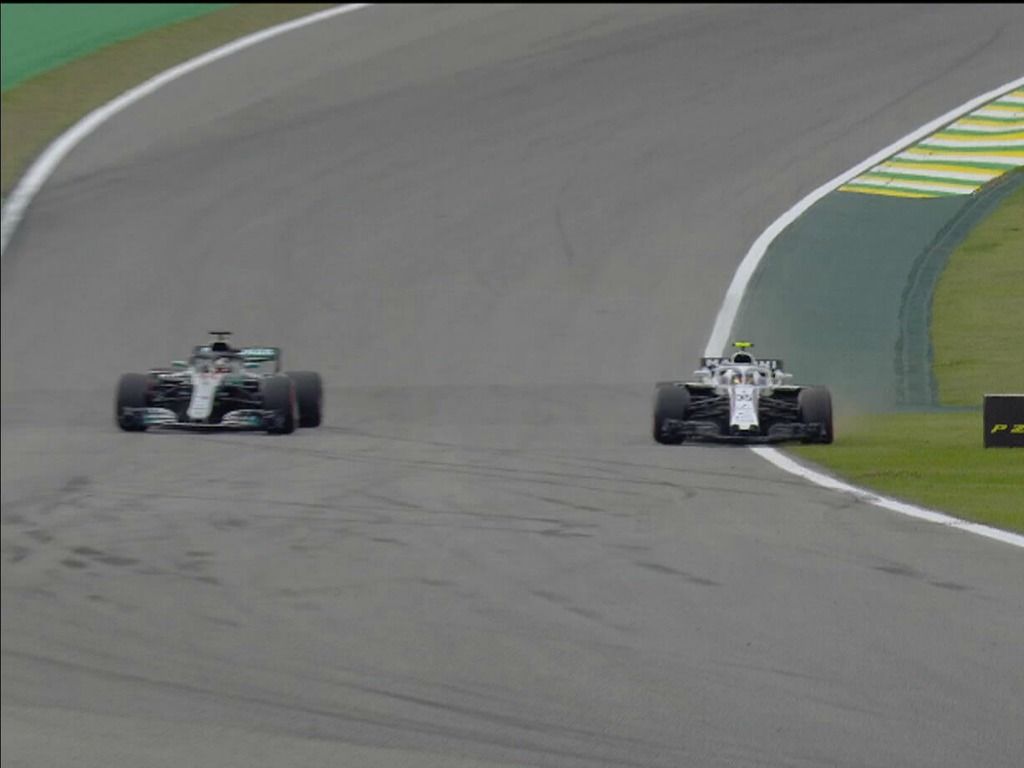 Lewis Hamilton has said Sergey Sirotkin was “disrespectful” in Brazilian Grand Prix qualifying and hopes he “learns” from the incident.

Hamilton was involved in not one, but two blocking incidents during Q2 at the Interlagos circuit before clinching Mercedes’ 100th pole position in Formula 1 – a result that currently stands with no word that the stewards will investigate the five-time World Champion.

Hamilton looked to have first impeded Kimi Raikkonen, but the bigger incident came shortly after when Sirotkin had to go onto the grass at the last second to avoid a high-speed collision with the Mercedes car.

But Hamilton thinks that Sirotkin is the one who is to blame for the near miss.

“Everyone was on an out lap, me, Sergey and the one in front of me,” Hamilton said back in the paddock.

“When you’re on an out lap, towards the end of the lap, you try to back off and get a gap.

“As far as I knew no one behind was on a lap so I was making sure i had a gap, then all of a sudden out of turn 11 I saw a car coming.

“I thought someone might have been on a lap, so I went to the left and that’s where he decided to go. But he wasn’t on a lap so I don’t really know what his thinking was.

“Between all the drivers, we all know to keep our space by that point so it was generally quite a disrespectful move.

“I was trying to get out of his way and then he got to the corner and slowed up.

“It was kind of strange, it was completely unnecessary because he had a space behind. Ultimately his lap and my lap weren’t great.

“Hopefully he can learn from it.”