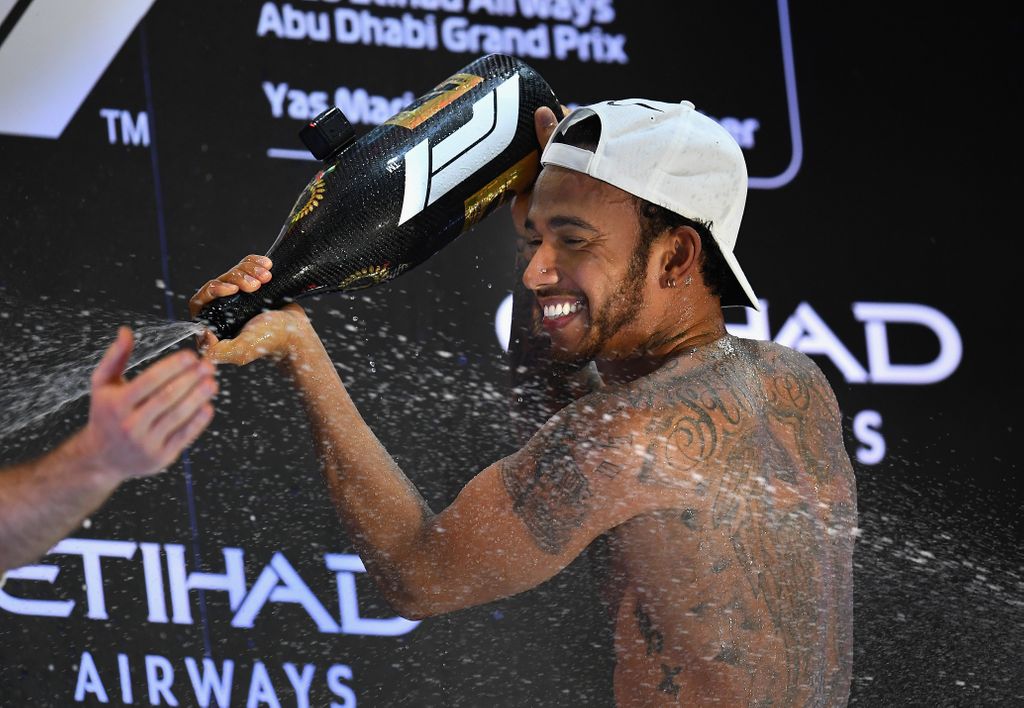 Lewis Hamilton has said that he “wanted to end the way that I plan to start next year” after victory at the season finale in Abu Dhabi.

Hamilton took full advantage of an early Virtual Safety Car by pitting on lap six and making his supersoft tyres last until the end of a routine race win.

The five-time World Champion has become the first driver to surpass 400 points in a single season and tied the most wins he has earned in one season with his 11th victory of the 2018 campaign at the Yas Marina circuit.

Hamilton was philosophical after the race, saying that he has not thought too much about 2019 just yet but wanting to let his rivals know about his plans for next year too: more winning.

“I’ve not really thought a lot about next year,” Hamilton said to Sky Sports F1.

“There are days, just being human, you can wish days by.

“But then I don’t want to wish the time away because it goes really quick.

“I wanted to end the season strong, and on a personal level I was able to do that. And the team have done an exceptional job.

“I wanted to end the way that I plan to start next year. It was a strong weekend that I was really happy with.

A perfect end to a season that brought him his fifth world title 🔥@LewisHamilton takes his 11th win of 2018 with victory at the #AbuDhabiGP 🇦🇪#F1 pic.twitter.com/B5hNzacn5E

Hamilton then said there was no particular lesson he has learned this year, but did feel he has become a better version of himself throughout the whole 2018 campaign.

He added: “I don’t think it’s been a year particularly of one thing that’s been learned. I’ve understood myself better as I’ve gone on.

“As you make mistakes, you learn from them.

“I’ve been able to be a better me all year long, and I’m never going to stop trying to do that. I’ve loved every minute of driving today.

“Apart from the tyres not being that good, I’ll really enjoyed driving the car.”