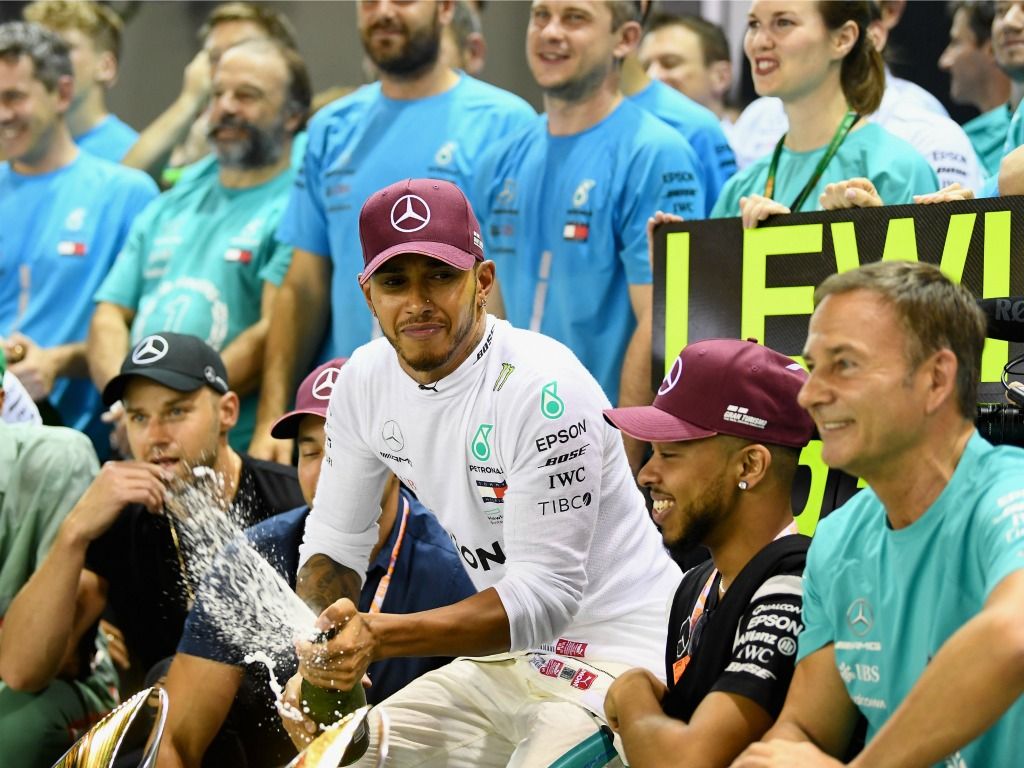 Lewis Hamilton has said he is “keeping the pressure” on the Mercedes team to roll-out 2019 upgrades quicker than planned.

Hamilton is perfectly poised to land a fifth World Championship title in 2018, opening up a 40-point gap to Sebastian Vettel after winning the Singapore Grand Prix.

The Brit has been reflecting on an up-and-down season so far and said it is only now he can confidently say that Mercedes have got a firm understanding of their W09 challenger.

“I had this meeting with the guys, and if you can see this energy with everyone, it is really – I find it really inspiring,” Hamilton said.

“We started off the year, I felt great, and then we tailed off and we had some struggles with the understanding of the car, how to utilise the equipment that we had tyre-wise and balance-wise, we had a couple of so-so races, and then luckily we found our footing.

“We’re going from strength to strength as a team in our understanding of the car, how to utilise the tools that we have.

“We are far more comfortable at our job right now – six races ago we were definitely questioning, but I think we’ve now figured the car out, we know where we are and we know what we have got to do.”

Such a special weekend! I can’t thank the team enough for everything that they do, they truly inspire me. It felt like the longest race, I’m spent! Thank you to the fans for the incredible support. Giving all the glory to God 🙏🏾 #StillWeRise #Godisthegreatest @MercedesAMGF1 pic.twitter.com/HAJ3xs0YBl

Hamilton also wants Mercedes to keep pushing with the car’s development and is eager to try out new upgrades as soon as possible, with an eye starting to look toward the next campaign in 2019.

He added: “Also in those meetings I pushed them a lot about next year’s car. I know what I need improving.

“I am pushing the guys because they have to sign off things now for next year’s tests already.

“And I’m saying, ‘Can you bring things forward? Please make this component which takes a lot of work but I might get it to the race – because I want to feel it on a race weekend, rather than next year in February or March.’

“When we start testing it is too late, so I am keeping the pressure on these guys.”