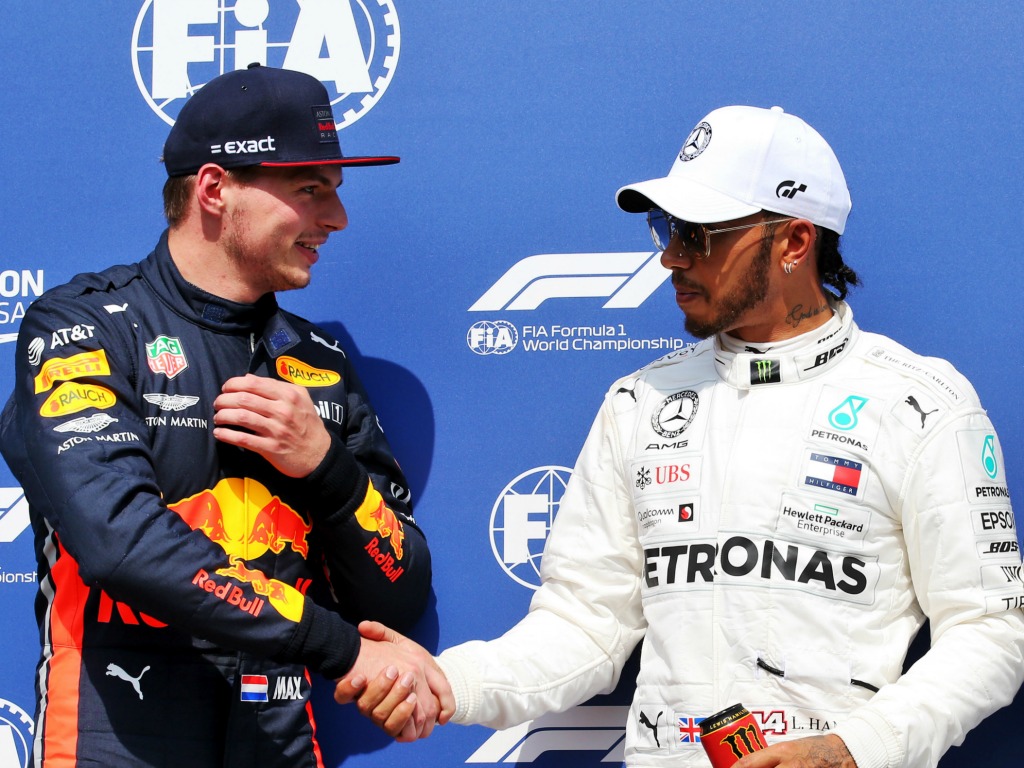 Lewis Hamilton has said he’s impressed by youngsters Max Verstappen and Charles Leclerc, and hopes to enjoy a closer battle with them going forward.

While the Brit has battled the two on track, neither has had a strong enough car to consistently challenge Hamilton in the Championship.

This has briefly changed in recent times however in the case of Max Verstappen, who has won two of the last four races and enjoyed a titanic fight with Hamilton in Hungary.

“They’re going to go from strength to strength and Max is naturally just… he’s not a youngster necessarily in the sport anymore. While he’s young, he’s been here for a few years.”

While Leclerc hasn’t enjoyed the same level of success as the Dutchman, he’s been a precious few laps away from victories in Bahrain and Austria.

“Charles is only in his second season, so he’s grown and I can only see him getting stronger and we’re already seeing some great performances from him this season and that one is definitely one to watch out for,” Hamilton added.

“Whether or not Ferrari are going to pick up their pace, I don’t know. They’re kind of up and down at the moment – last year I think it was quite close between three of us, I think Ferrari were slightly quicker.

“I hope it’s close, and I hope it gets closer through the year. I’m always down, I’m always ready.”