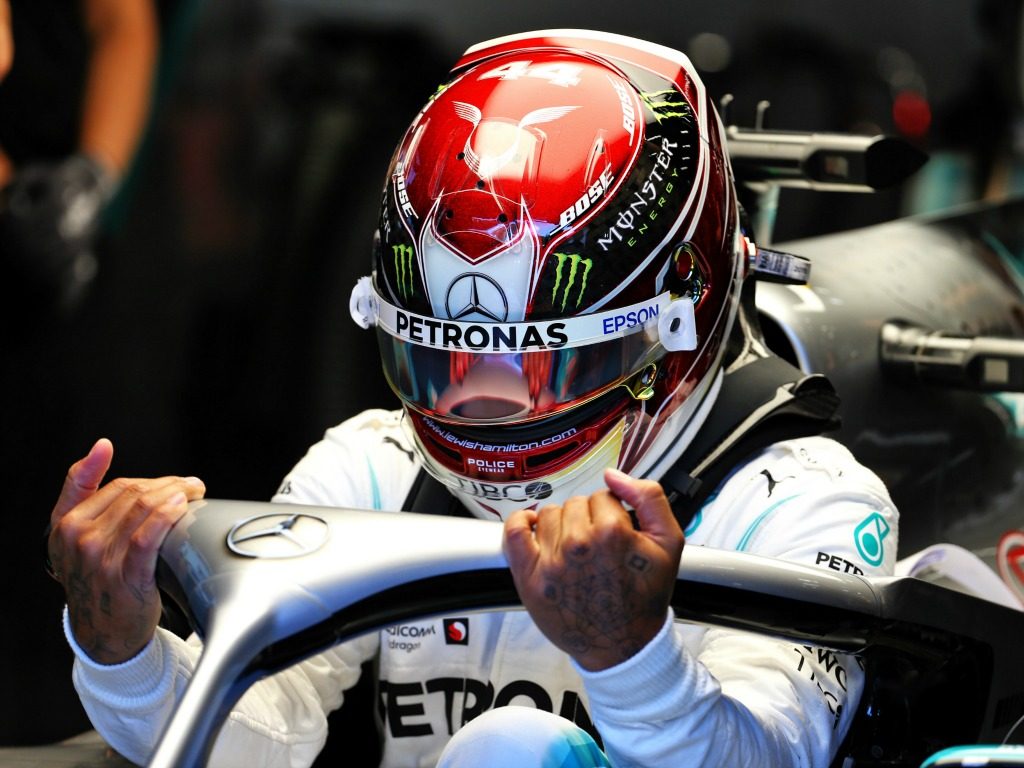 Walking away from two Ferrari circuits, both of which yielded wins for the Scuderia, Lewis Hamilton says he “want this battle to continue” as F1 heads to Singapore.

2019 began with a run of Mercedes victories, the team taking eight on the trot before a heat wave in Austria opened the door to Red Bull.

Having suffered their first defeat of the campaign at the Red Bull Ring, Mercedes haven’t had it all their own since.

While Hamilton has added a further two P1s to his tally, the last six grands prix have been split with two for Mercedes, two for Red Bull and now two for Ferrari.

Hamilton, though, is still on course for a sixth World title, leading the standings by 63 points over his team-mate Valtteri Bottas.

And although the title is not yet in the bag, the Brit is still hoping Ferrari and Red Bull’s current level of competition continues in the coming races.

“I’m not thinking that way,” he said when asked after Charles Leclerc’s Italian GP win if he looking forward to returning to circuits that will suit Mercedes better.

“I’m not looking to the next race thinking it’s going to swing our way.

“I hope I can do a better job in the next race.

“If they are as competitive in the next race, great.

“I hope it’s competitive between us and the Red Bulls and the Ferraris in the next race.

“I personally want this battle to continue. More opportunities like that would be great.”