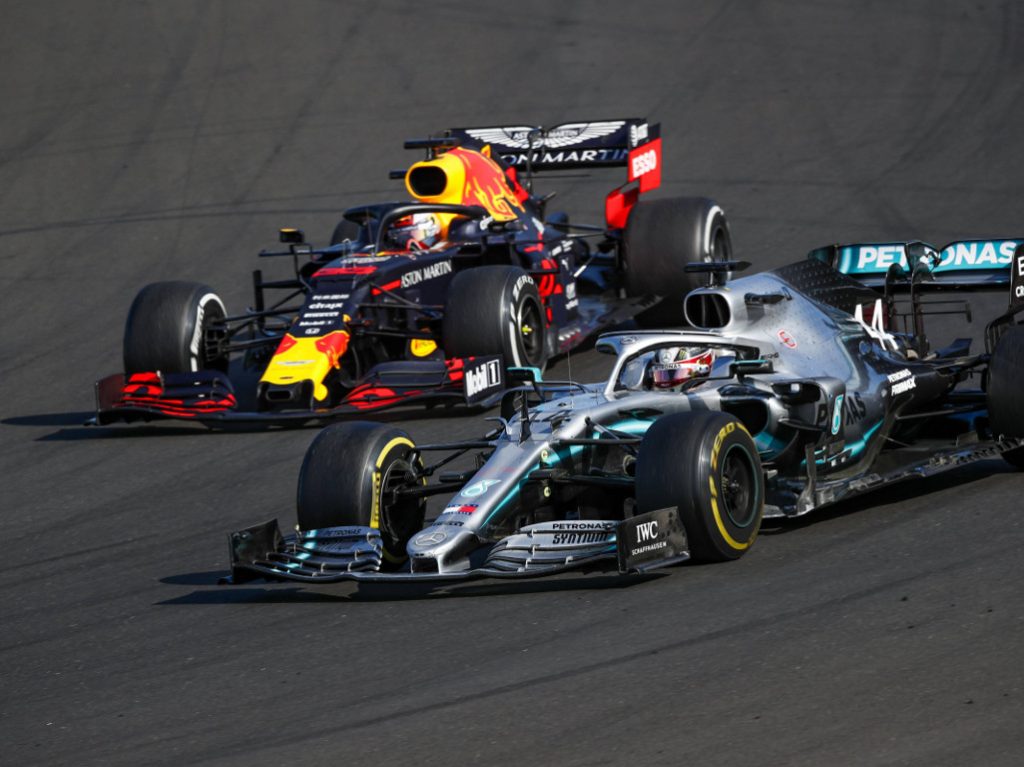 Lewis Hamilton hopes that Mercedes’ loss to Red Bull at the Brazilian Grand Prix is a sign that next season the Honda-powered team will be in the mix, regularly fighting for wins.

Max Verstappen claimed pole position at the Interlagos circuit before racing to the win a day later.

The Red Bull driver spent most of the race battling Hamilton for the lead as the two went head-to-head.

The win was Red Bull and Verstappen’s third of this season.

“The Honda’s obviously made some big steps and it’s great to see another manufacturer as strong as they are now,” Hamilton told Autosport.

“It means that hopefully next year we’re going to have a serious three-way, four-way battle and that’s great for Formula 1.”

Although in recent years it has been Hamilton versus Sebastian Vettel, this season Formula 1’s youngsters have come to the fore.

“It’s inevitable that the youngsters are going to come through,” said Hamilton.

“There’s often a wave of young talent that manages to make its way through to Formula 1.

“I think Formula 1’s got a lot of new young blood with a lot of potential and they really are the future of the sport.

“Fortunately I feel that while the number [of years] shows a little bit higher, I feel like I’m able to still kick it with these guys.

“So I’m excited for the future, racing with these guys and if we can get these teams to be closer, then we’re going to see more awesome battles like [Brazil] and I think that would be great.”