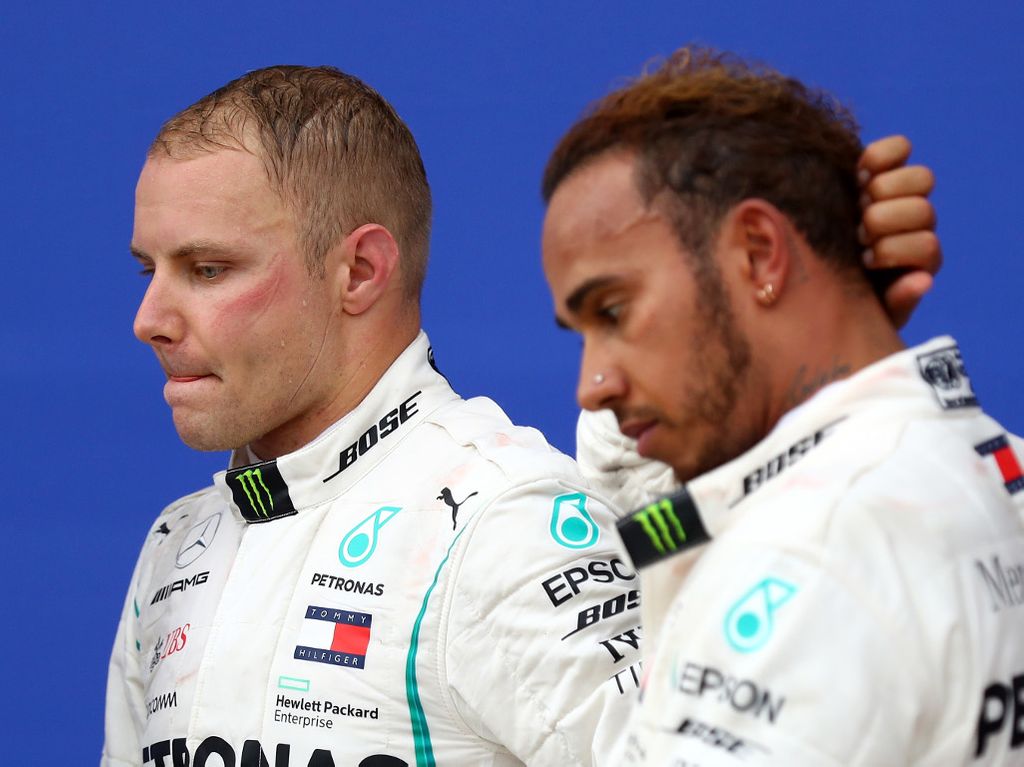 Lewis Hamilton is hoping to avoid a repeat of his tainted 2018 Russian Grand Prix victory where team orders allowed him to win.

Hamilton’s Mercedes team-mate, Valtteri Bottas, was told to move over for car number 44 as the Brit closed in on a fifth World Championship title.

But, reflecting on his 2018 campaign, Hamilton revealed his hate for winning races in this manner.

“By this point in the year the team were like, ‘we’re going to do everything to make sure, Lewis is now so far ahead you can’t catch him in the Championship so now we’ve got to start supporting him to make sure we tie up both Championships’.

“Neither Valtteri nor I sit in the room saying we want cars reversed, we just want to go out there and earn the position and race for it.

“Ultimately Valtteri was quicker that weekend and deserved to win.

“But it was really awkward. When I got the call that Valtteri was going to let me by, I can’t remember exactly, I think I said something like ‘just tell him to speed up’.

Hamilton said he felt very “conflicted” when the checkered flag waved, but ultimately respected the team’s decision with World Championship titles on the line.

“I remember seeing him pull over and I continued by,” he said.

“It’s not ever the way I’ve ever wanted to win and I don’t think any driver wants to win that way.

“If you put your feelings first you might not come out where you planned, if that makes sense.

“The team had taken the decision and even though I really wanted, the whole rest of that race, you just let him back by, I took the decision to stick with what the team had chosen to do.

“It was the right decision to make but ultimately in the end we didn’t need to have that day. But I think it was an important day in the sense of how we come together.

Hamilton also paid tribute to Bottas as they prepare for a third year together as team-mates.

“It was a hard day for Valtteri but I think he was fully respectful and a real, great team player,” he added.

“I’ve been here six years, this was only his second year, and he really keeps me on my toes.”