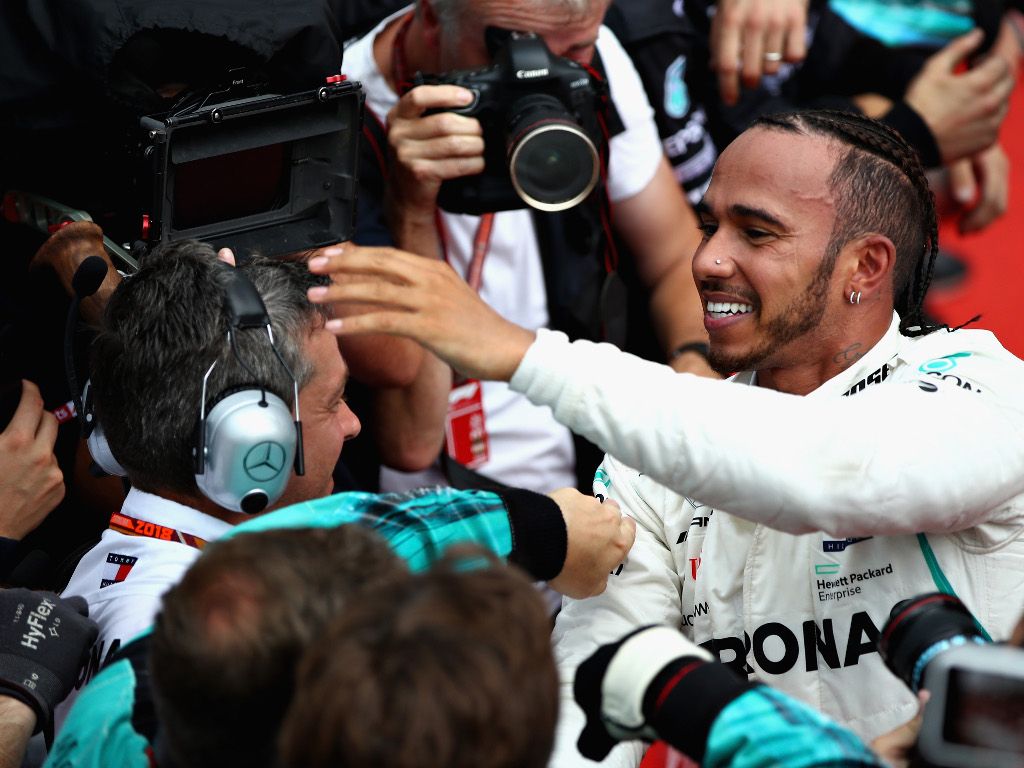 Handed a reprimand for cutting across the grass from the pit entry to the track, Lewis Hamilton says he was “100% open” with the stewards about what went wrong.

With the Safety Car out for Sebastian Vettel’s crash, both Valtteri Bottas and Kimi Raikkonen – who had been ahead of Hamilton – pitted for fresh tyres.

Mis-communication meant Hamilton also began to come in only to return to the track, opting for track position over new rubber.

He won the race, only to be summoned to the stewards to answer a charge of “crossing the line separating the pit entry and the track.”

Hamilton was handed a reprimand for his actions.

“It’s been emotional, the most emotional day, up and down,” he said.

“No one ever wants to go and see the stewards. They have the hardest job, because every scenario is always different.

“They ask you to explain what happened, and I was 100% open with them. I’m very rarely there. There have been many times in the past, I was there a lot, but I hardly ever see them now.

“I respect the rules and I respect the job that they have to do. I just was open, said this is how it was. They could hear and see how confusing it was, and that was that.”

Explaining what went on in the confusion, the new championship leader revealed: “It was just the most confusing second and a half.

“I honestly thought that I was going to stay out, I was happy with my tyres, and then they said: ‘Come in,’ and I saw Valtteri ahead coming in, soo I was like ‘are they sure about it?’

“By the time I got in it was ‘no, stay out’. It was literally go left, go right? I just slowed down and trundled over some grass and made sure I joined the track as safe as I could.”