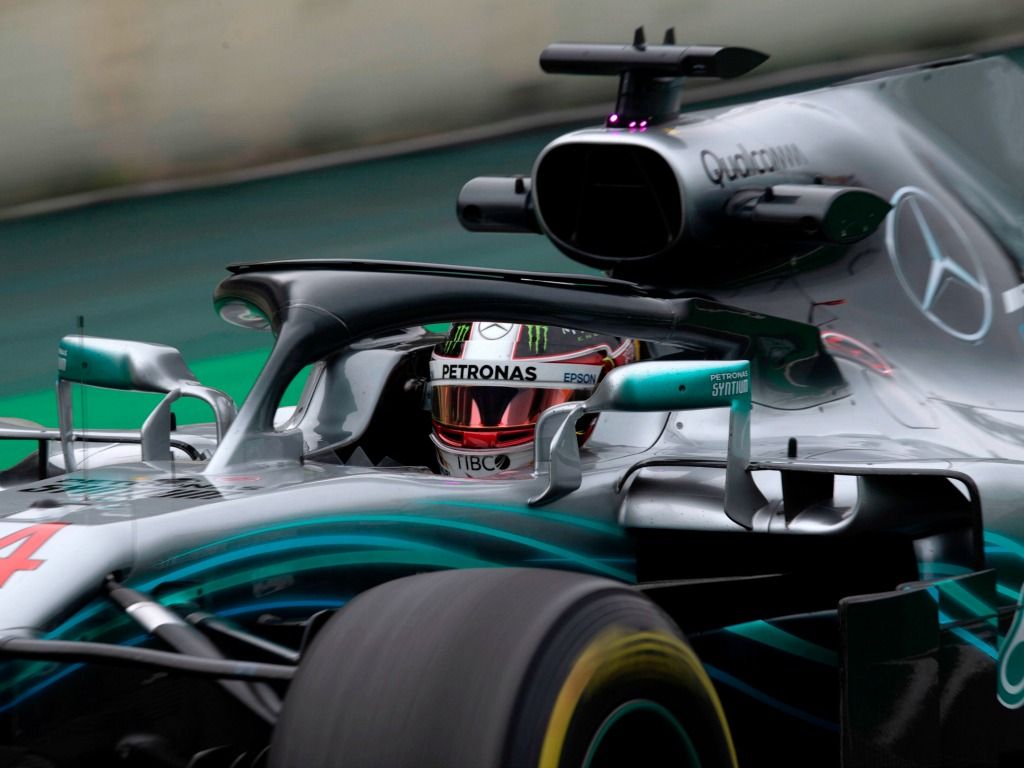 Lewis Hamilton believes Mercedes still need to work on their pace in the dry conditions, but is happier with the car after his Mexico struggles.

The newly-crowned five-time World Champion was P3 in the first session, and then finished FP2 just 0.003s behind his team-mate Valtteri Bottas.

Despite having not topped either session, the Brit said that it was just a “normal day”.

“We have got through everything we wanted to,” Hamilton said.

“The car felt better than particularly, what we were feeling in Mexico.

“We still have some problems that we are still trying to work our way through and understand, but the pace does not seem too bad.”

The Brit noted the slight change in the weather conditions between the two practice sessions on Friday at Interlagos.

“It got a little bit hotter [in FP2] but that just affects the long runs, no different to normal when we are here,” he added.

“Then the second practice, it got quite windy. When its windy, it was actually quite tricky to drive.”

With unpredictable weather conditions expected for qualifying on Saturday, the Mercedes man would be happy with the rain.

However, he believes that both he and his team need to work on their pace in the dry.

“Either way, I love driving in the rain but we need to make sure we work on being quick enough in the dry,” the Brit added.

“It is quite close between us at the front but there is more potential to try and squeeze it out.”