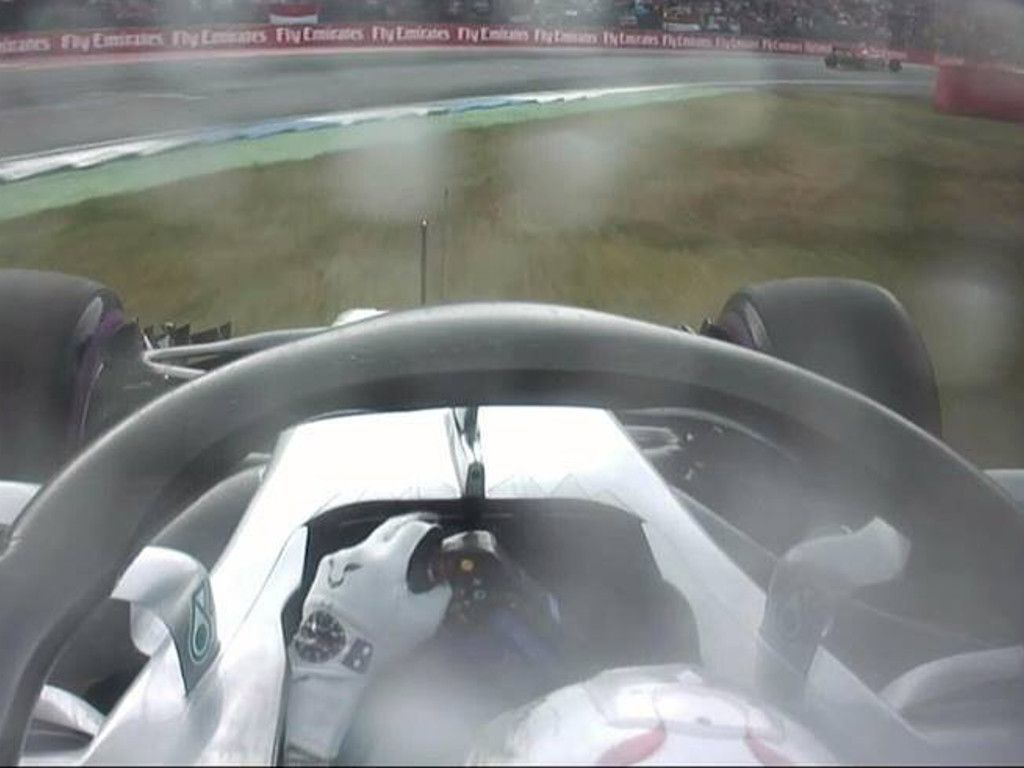 Lewis Hamilton‘s victory in the Germany GP is under threat after the Brit was summoned to the race stewards for crossing the line between pit lane entry and track.

Elevated to first place after both Valtteri Bottas and Kimi Raikkonen pitted, Hamilton began to pit himself only to decide not to.

A mix up in communication meant started to drive down the pit lane only to pull back onto the track.

However, he returned to the track by crossing the line.

Hamilton has been summoned to the stewards over a breach of Appendix L, Chapter IV, Article 4(d) of the FIA International Sporting Code by “crossing the line separating the pit entry and the track.”

The sporting code states that “except in cases of force majeure (accepted as such by the stewards), the crossing, in any direction, of the line separating the pit entry and the track by a car entering the pit lane is prohibited.”

The Brit, who won the race by four seconds ahead of Valtteri Bottas, faces a possible five second penalty if found guilty.