Home News Hamilton’s goal was to match Senna, not Schumi 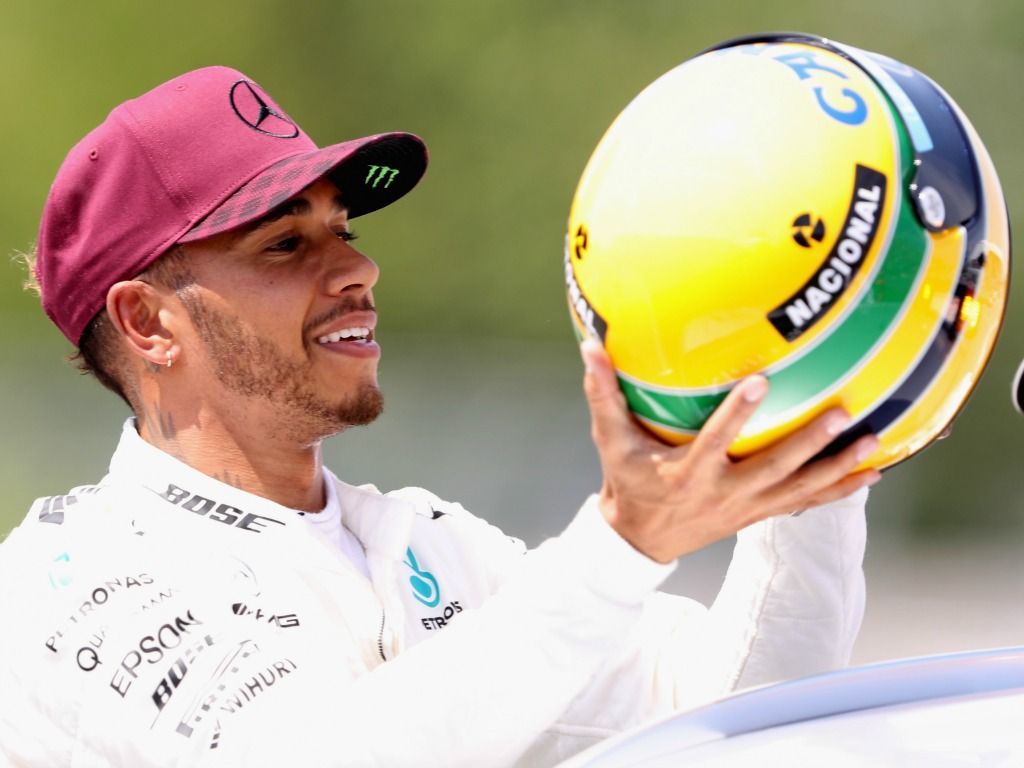 The Brit is closing in on a fifth World title and could clinch it at the upcoming United States Grand Prix if he is able to outscore Sebastian Vettel by eight points or more at his beloved Circuit of The Americas – a track where he has won five times in six races.

But, with more records on the horizon for Hamilton, he has said he has already accomplished his main career goal of equalling Ayrton Senna’s three World Championships, which he achieved in 2015.

“Honestly that has never been my goal,” Hamilton told Reuters when asked about Schumacher’s record.

“I started out with the goal to match Ayrton Senna or to equalise with Ayrton Senna who’s the guy that I aspire to be like, and I equalled him two years ago. So since then it’s kind of been going into unknown territory.

“So I mean Michael’s stats are incredible and still quite a long way away.

“But I’m here for some time still, so I’m just going to keep working hard and keep trying to do what I do and what I love and enjoy it and we’ll see where it takes us.”

With the World Championship almost in sight, Hamilton added that he is not feeling any added pressure and is “naturally relaxed” heading into the United States Grand Prix weekend.

“The approach that I’ve had up until now has worked very well,” he added.

“We naturally want to win this weekend. So diligence and going through the same steps in terms of getting the car to where it needs to be through the weekend, I feel naturally relaxed and I know what I’m going to do.”