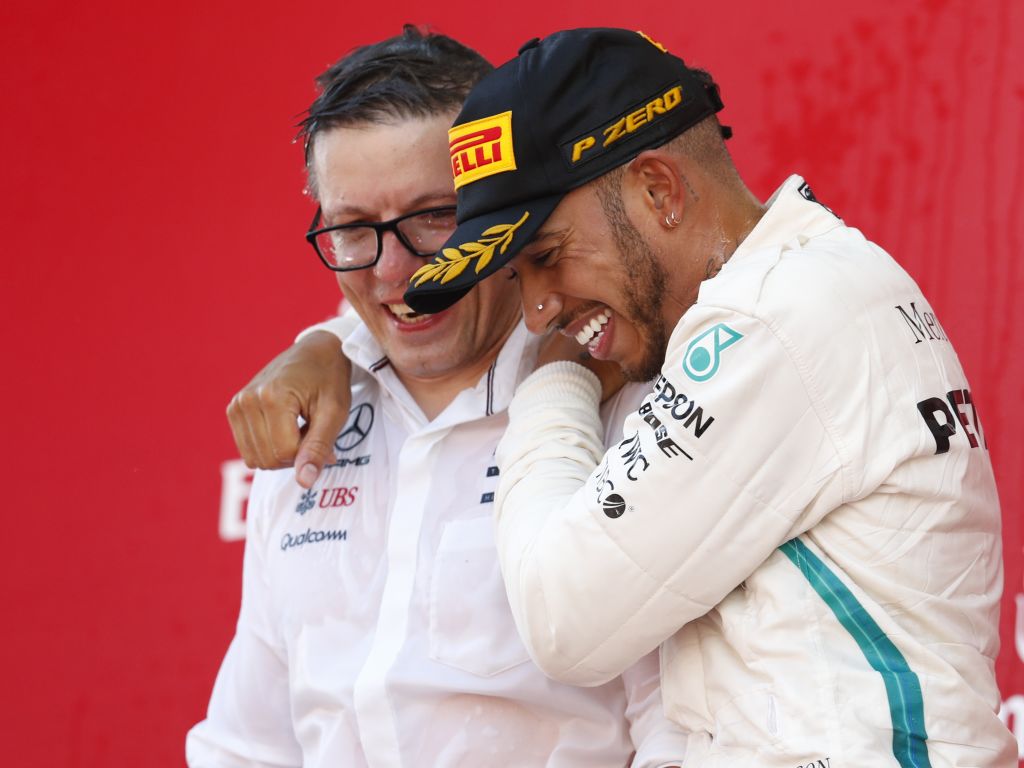 Peter Bonnington, Lewis Hamilton’s race engineer, has returned to work at the United States GP a race ahead of schedule.

Due to medical reasons Bonnington wasn’t at the Mexican Grand Prix, though Hamilton confirmed that the pair had been in contact over the race weekend for set-up advice.

Hamilton can clinch a sixth World Championship at the United States GP, and he has received a timely boost with Bonnington back in the Mercedes garage when he had been expected to return at the next race in Brazil.

Valtteri Bottas must win the United States GP to have any chance of staying in the title hunt, but even if he does then a P8 finish for Hamilton would be enough for a fifth World Championship in six years alongside Bonnington.

Marcus Dudley, Hamilton’s usual performance engineer, took over Bonnington’s duties in Mexico where Hamilton claimed victory, and the Brit praised his efforts as well as those of Dom Riefstahl who filled in for Dudley rather than his usual race support leadership position.