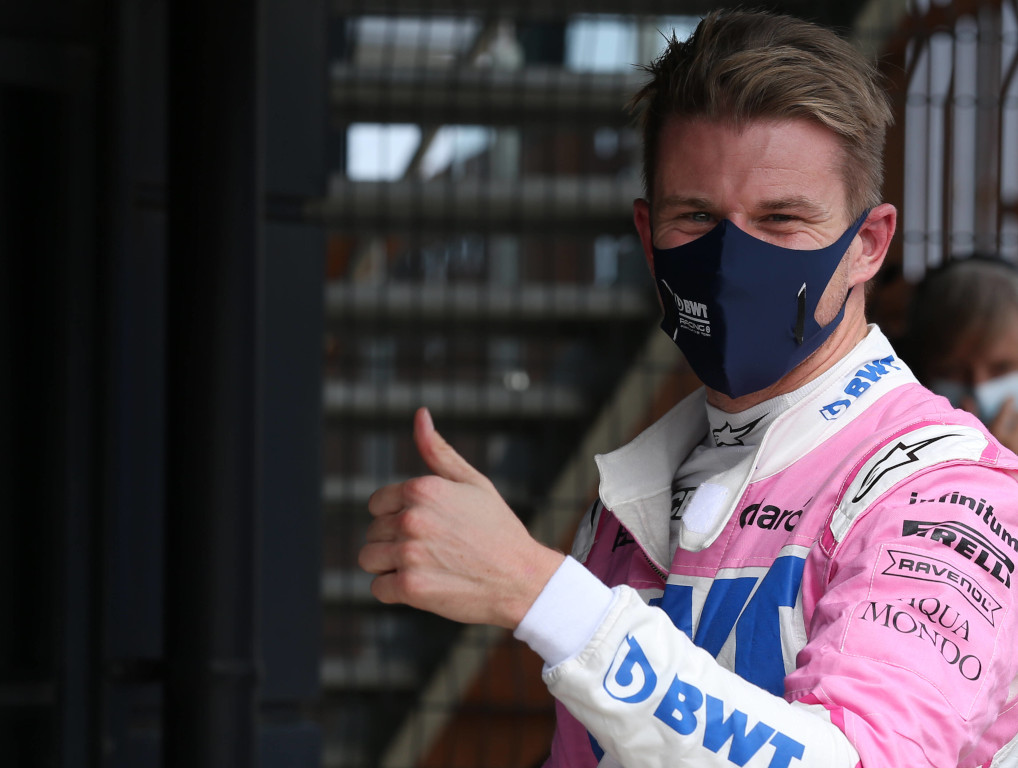 Racing from 20th to eighth at the Eifel GP, Ralf Schumacher says if Nico Hulkenberg had been on the pace from his first lap, his rivals would be “overpaid”.

Hulkenberg was a very late substitute at the Nurburgring race.

Racing Point called the German on Saturday morning when Lance Stroll was unable to drive due to illness, with Hulkenberg going on to complete his first laps since August’s 70th Anniversary Grand Prix.

The 33-year-old qualified slowest of all, down in 20th place although he only missed out on a Q2 berth by four-tenths of a second.

Lining up on the grid Hulkenberg was facing a difficult afternoon having covered just 10 laps on Saturday.

Nonetheless he raced his way to eighth place, bringing his points tally for the season up to 10 despite having only contested two grands prix

“I probably wouldn’t have done that to myself,” he told Sky F1. “He did the best possible job in the circumstances.”

The German reckons it was a good thing Hulkenberg wasn’t able to shine in qualifying as that would have embarassed his rivals.

“If he had been setting the same times of his colleagues straight away, they would all have been overpaid,” he added.

Rival team boss Andreas Seidl was also full of praise for the German given his performance around the Nurburgring.

“Hats off! He has once again proven that he is an exceptional driver,” said the McLaren man.

“To get points today is of course great because yesterday it was extremely difficult for him to jump into the car completely cold.”

Racing Point team boss Otmar Szafnauer added that Hulkenberg “did a fantastic job. He is the driver of the day.”

Explaining why the team again called up Hulkenberg instead of test driver Sergey Sirotkin, he said: “It was the right decision.

“Sergey is also a great driver, but Nico knows the team and has already driven the car and was happy to get into the car.”