Home News Say hello to the 2021 Mercedes challenger, the W12 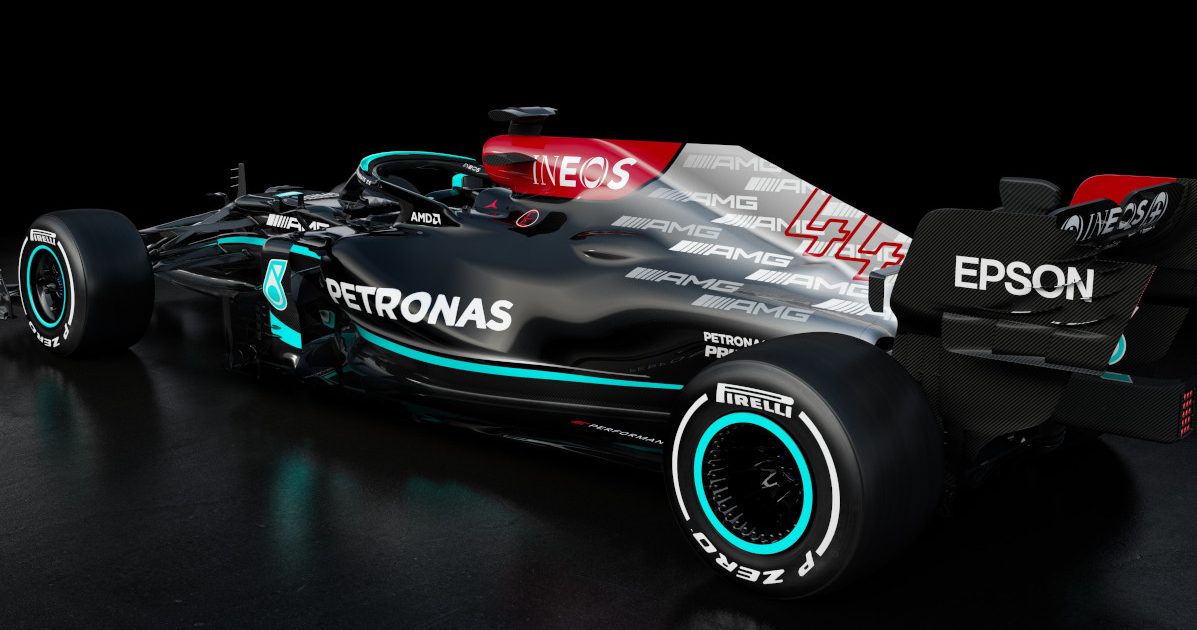 Mercedes have unveiled their 2021 title contender, the W12, releasing rendered images of the car they hope will carry the team to an eighth successive double.

Mercedes emerged as the team to beat in 2014, powered by its superior hybrid V6 turbo engine.

Taking the championship title away from Red Bull, Mercedes has gone from strength to strength with little sign that their rivals can stop them this season.

Hamilton’s title success was his seventh with the Brit – the last of the drivers to commit to the 2021 championship – the favourite to make it number eight, and take the record, this season.

Mercedes is hoping its 2021 challenger, the W12, which draws heavily on last year’s W11, is the car that can continue their run.

Introducing the W12 🖤🥰 Get your first look at our 2021 F1 car! #WeLivePerformance pic.twitter.com/RiZEBTyarb

The new car embraces a different livery with the Mercedes taking on a bit more of Ineos’ red and the Petronas blue while last year’s black is still the predominant colour, faded into the more traditional silver.

There are only few changes to the car, most notably to the floor with new rules governing downforce as Formula 1 tries to slow the cars in order to make the Pirelli tyres last for a third season.

As with their rivals’ cars, there is a majority carry-over from last year’s car with a freeze on development, teams only permitted two tokens to develop this year’s cars.

Other changes that Mercedes are having to deal with are the new budget cap and also having less time in the wind tunnel than any of its rivals.

In a bid to level the playing field, Formula 1 has not only introduced a $145 million cap, but there is a new sliding scale that dictates the amount of time a team can spend in the wind tunnel and using CFD. The better the previous year’s results, the less time.

As such Mercedes’ championship success means the Brackley squad has had less of that fundamental asset, the wind tunnel and the CFD computers, compared to their competitors.

The Mercedes drivers in their 2021 kit 👌 #F1 pic.twitter.com/HqAOo4Q5lf

The new car will complete a shakedown run before hitting the track at pre-season testing on March 12.