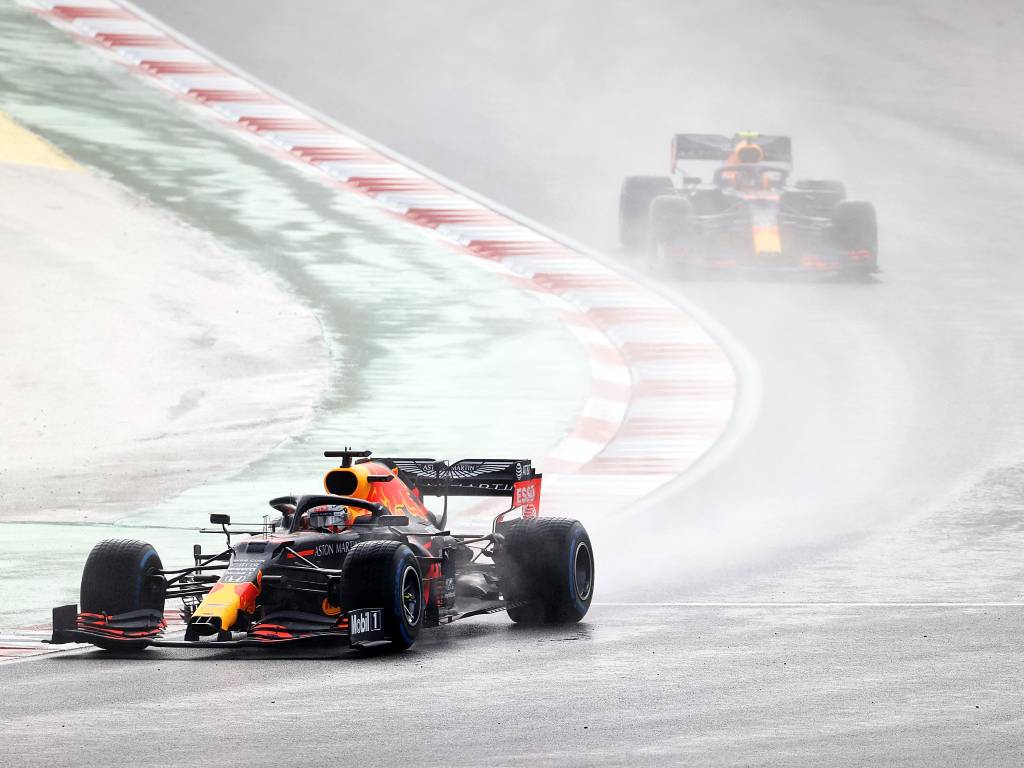 Verstappen finished sixth in Istanbul, almost 45 seconds behind the World Champion who clinched his record-equalling seventh title with a drive he described as his “stand-out” performance of the season.

But it could have been so different for the Dutchman who, on a slippery, newly resurfaced track, had been the class of the field until a Q3 session held in wet conditions when Lance Stroll pipped him to pole position in the Racing Point.

During the race, which was held on an initially wet circuit, Verstappen had a series of hairy moments, most notably when trying to pass eventual runner-up Sergio Perez.

While most drivers eventually stopped for a second time, Hamilton made a set of intermediate tyres last 50 laps and his strategy paid off as he coasted home well in front.

While Marko, head of Red Bull’s driver development programme, also pointed the finger at Verstappen for making errors, he identified another culprit for why the team had not maximised a fine opportunity to deny Mercedes victory.

“We were the big losers in Istanbul,” said Marko in an interview with Motorsport-total.com.

“We dominated every session, Q1, Q2. Then there was a team [Racing Point] that optimised the conditions and they were bang on pole position. For Verstappen, it was the only race this year in which he became impatient.

“In addition, we are usually the world champions of pit-stops. But it didn’t work at the crucial pit-stop because three mechanics were not there due to corona and a substitute didn’t do the right thing in a millisecond. Instead of 1.8, the pit stop took 3.7 seconds as far as I can remember. That put him out behind Perez.

“That had nothing to do with the track and the grip but with mistakes on our side and by Verstappen.”

Additionally, a front wing alteration at a Verstappen pit-stop had cost valuable time as the mechanic made the adjustment the wrong way at first – but Marko said that had not been crucial.

“The mistake that happened when adjusting the front wing was not decisive in my opinion,” said Marko. “If Max had come out before Perez, he would have won the race with half a front wing.”