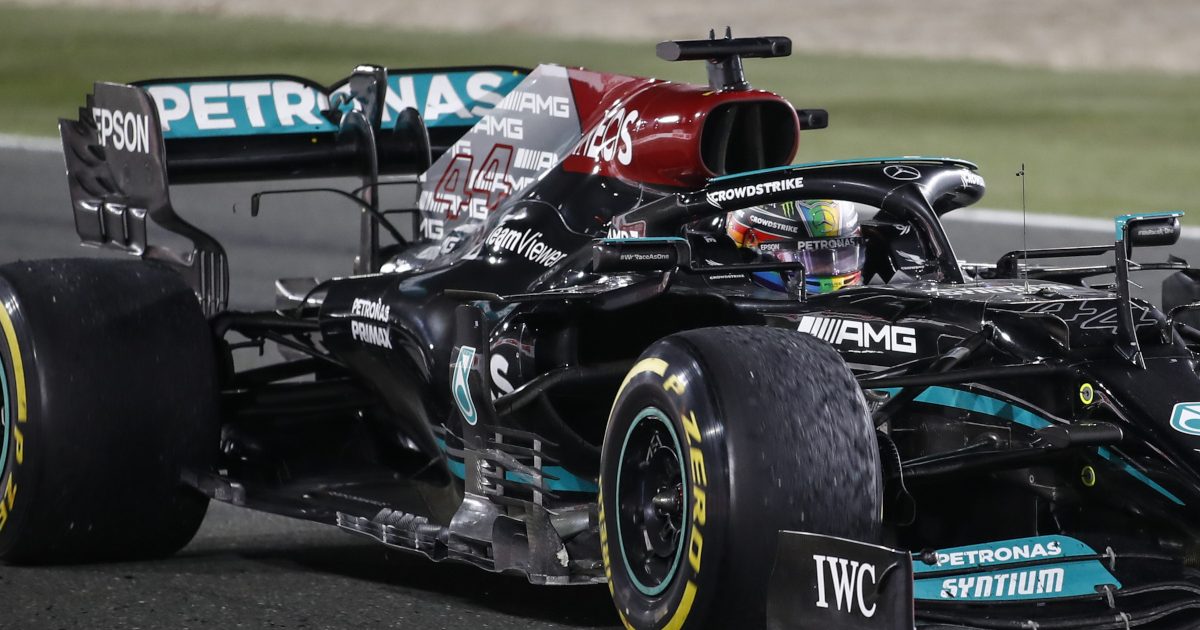 Just as the FIA announced a new rear wing test, Helmut Marko says it looks as if Mercedes have dropped their flexible wing.

Red Bull have been up in arms for several weeks now about Mercedes’ rear wing, claiming that it flexes under a certain load, reducing drag and therefore creating a speed advantage.

According to Red Bull team boss Christian Horner, how it works is “hidden” so it is “harder to spot from a camera”.

Pointing to a photograph of what he says are score marks on the W12’s rear wing, he explained to Sky F1: “The grey shadow area is where that lower part of the wing is what we call fretting against, it’s where it has backed off, where it has moved and flexed.

“We have numerous pictures from each of the recent grands prix that you can see this has been happening, and that’s what our concern has been.”

Over the Qatar Grand Prix it was confirmed that the FIA would be introducing a new test for the rear wing, one aimed at the back of the wing.

The initial tests were set to be carried out after Saturday’s qualifying for the Qatar Grand Prix.

But while Mercedes insisted at the time that there is nothing untoward about their rear wing, Marko reckons they went and changed it.

“Mercedes have slowed down over the course of the practice sessions here and this is due to the fact that they used a rear wing that was no longer bendable, as their top speed was in the normal range,” he told Sky Germany.

“I assume they will not use it again either as the FIA has the tools to check this. I can’t see them taking that risk.”

He reiterated that in separate interview with Servus TV, saying: “Mercedes is no longer superior in top speed. I assume this was because they changed a wing part.”

Despite changing the wing, at least according to Red Bull, Mercedes driver Lewis Hamilton clinched the victory in Qatar, crossing the line ahead of Max Verstappen.

The Dutchman, who started P7 after a grid penalty, was able to limit the damage by a single point as he claimed the fastest lap of the grand prix.

“We did optimal damage limitation,” Marko said. “We played it safe in the race, whenever Max attacked, Lewis countered.

“Max had to put more strain on the tyres during his chase and also had a little damage to the wing. It was nothing serious.

“Now we didn’t finish at the front here, so we have to win in Saudi Arabia. Then it will be about the final race to decide.”

Marko said: “We have to win a race. After failing to live up to our expectations here and in Brazil, we have to do a better job in Jeddah.”