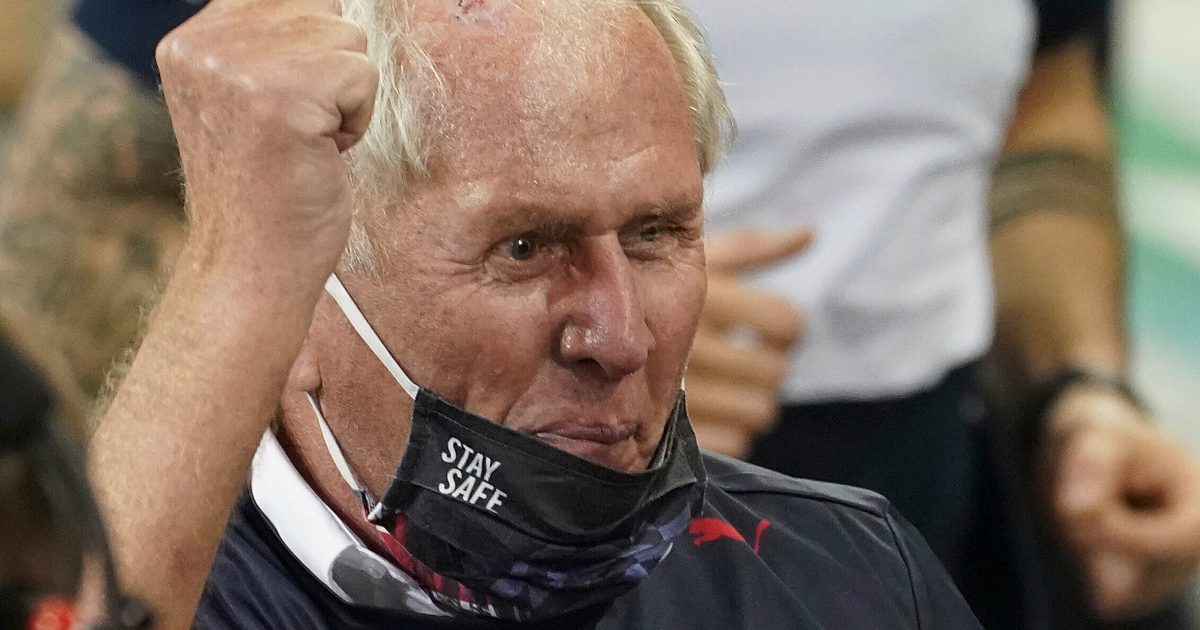 Helmut Marko believes Mercedes have only themselves to blame for losing the World title, they made the “mistake” of not pitting Lewis Hamilton behind the Safety Car.

Racing for the Abu Dhabi Grand Prix win and the Drivers’ Championship title, the 2021 season came down to a winner takes all battle between Max Verstappen and Hamilton.

It was the latter who held the advantage for 57 of the 58 laps, the Mercedes W12 easily out-pacing the Red Bull on the night.

The race was turned on its head when Nicholas Latifi suffered a late crash and brought out the Safety Car.

Red Bull immediately pitted Verstappen as they had nothing to lose. Mercedes decided against doing the same for Hamilton, informing the driver that he would lose track position.

With the race resuming with one lap to go, Hamilton’s tyres, which were over 40 laps old, were no match for Verstappen’s new soft tyres, the Dutchman storming through to take the lead, the win and the title.

Mercedes were livid and protested but that was dismissed by the stewards. They then announced their intention to appeal.

Marko, however, says they should accept the result, after all they made a “mistake” not pitting Hamilton behind the Safety Car.

“What I don’t understand: they had also the ability also to go to the pits,” he told BBC Sport. “They didn’t. So it was their mistake.

“And to influence Michael Masi, the race director, not to give a Safety Car. That’s not in their competence.”

Should Mercedes go ahead with an appeal, the paperwork needing to be filed by Thursday, that will hinge on FIA race director Michael Masi’s decision to allow only the lapped cars between Hamilton and Verstappen to unlap themselves behind the Safety Car.

In was an unprecedented decision as the other three lapped cars weren’t allowed to unlap themselves as that would have taken too long and the race would have ended behind the Safety Car.

That would have handed Hamilton the win and a record-breaking eighth World title.

Marko added: “We were really disappointed to see that they showed up with a barrister, one of the highest-paid barristers from England, to show up to the last race.

“We take the best paid engineers to the race to get out the maximum of the car. So the way they acted after the race is for us not really understandable.

“We understand the frustration – they believed until one lap from the end they would be accepted. If you lose, you have to accept it.”

Verstappen won the Drivers’ Championship title but Mercedes took the Constructors’ ahead of Red Bull.