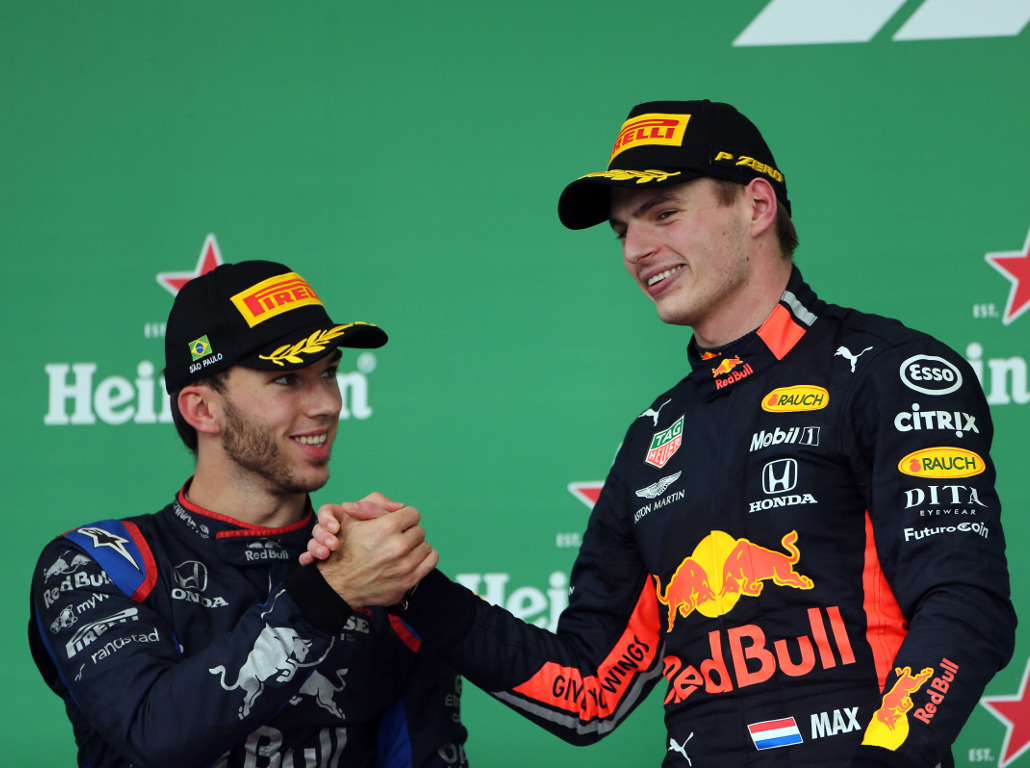 Under the new rules, McLaren CEO Zak Brown has suggested that Helmut Marko should split resources equally across Red Bull and AlphaTauri.

Since the team known as Toro Rosso joined F1 in 2006, they have served as a Red Bull junior team, giving young drivers a path into the senior squad.

But with Pierre Gasly and Daniil Kvyat now forming their most experienced partnership to date, the team have been rebranded to AlphaTauri to promote Red Bull’s clothing range under the same name.

Marko has said before that AlphaTauri have now been upgraded to Red Bull’s “sister team“, while the relationship between the outfit and Red Bull Technologies has grown closer.

And with the new budget cap coming from next year, as well as a sliding scale for R&D based on where a team finishes in the Constructors’ Championship, Brown thinks it would make sense for Marko to split the budget equally across Red Bull and AlphaTauri.

Speaking on the F1 Nation podcast, he said: “I think you’re going to have three or four teams that now run in the budget cap, ourselves, Renault, Racing Point and I think AlphaTauri will also.

“And I think Red Bull, if I’m Dr Helmut Marko, I now have two teams and collectively, I can kind of spread my resources and create two equal teams, so I think they’re a big winner out of this as well.

“And then I think it closes the budget gap for – I’m not sure if Sauber, Haas and Williams will run at the cap, but the difference between where they are today and where the cap will be will certainly be tighter.

“So I think everybody’s really a winner at the end of the day, and it’s going to make for fairer, more balanced competition.”