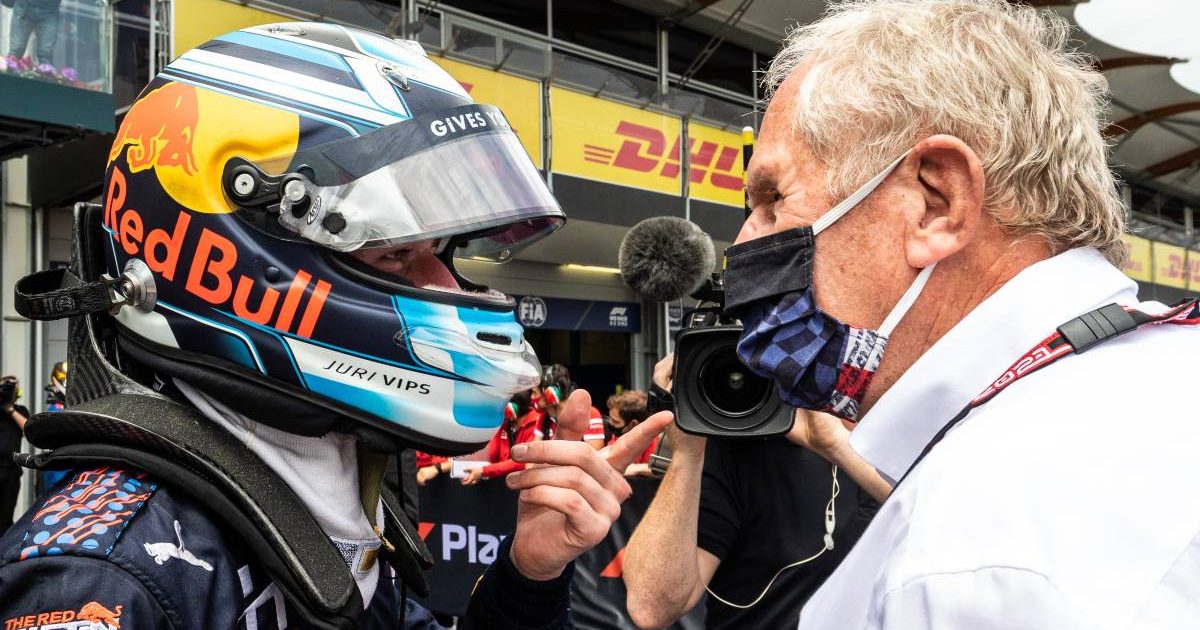 Red Bull junior driver Juri Vips has poured cold water on notions that Helmut Marko is any sort of Machiavellian figure in his guise as driver development boss.

Marko has a reputation for being a difficult person to please, both as the unofficial head of Red Bull’s motorsport operations and the main man in their driver academy.

The 78-year-old Austrian has made a number of ruthless decisions over the years that have affected the likes of Daniil Kvyat, Pierre Gasly and Alex Albon, all of whom found themselves chopped from the Red Bull team.

But Formula 2 racer Vips, who hopes one day to work his way up to becoming a potential team-mate of Max Verstappen, insists Marko is the sort of person who tells a driver where they stand rather than playing any games in calculating who should represent Red Bull and AlphaTauri.

“He is simpler than people think,” said Vips, quoted by the Formula 1 website. “He is going to put you under pressure but if you are doing well, then he is very nice and very straightforward. Perform, and everything is good.

“That is the thing with the Red Bull Junior Team. If you don’t do well, then you might get kicked out. But if you do well, you get to F1.

“They throw people out, yes. But why would you want to keep and pay drivers who are not going to be worthy of F1? They want only the best talent and I think that’s the right approach. They keep the best and they give them the chance.”

Another young driver who only speaks highly of a senior, and prominent, figure in F1 is Guanyu Zhou, who is preparing for his debut campaign in motorsport’s most prestigious category with Alfa Romeo.

Zhou was also part of an academy, at Alpine, before his switch to the Swiss-based squad for 2022 and very much enjoyed working alongside Fernando Alonso – like Marko, someone who, at one time, was not known for being the most unifying influence within a team.

“Fernando helped me a lot,” said the 22-year-old from Shanghai who, by finishing third, ended up three places ahead of Vips in the 2021 Formula 2 Championship standings.

“In the last three, four years, that is the most I have ever been helped by another driver.

“We did the track walk together and he was giving me details during that, telling me about the surface and the bumps, and we went through the on-boards in the engineer briefing and he was explaining everything to me.”