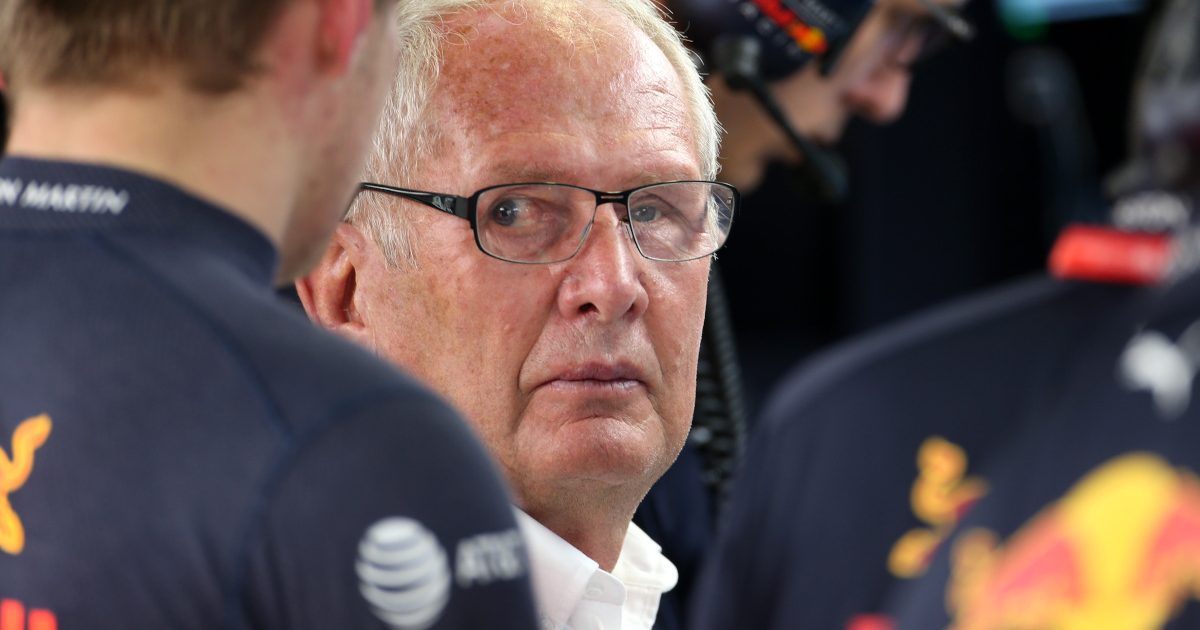 Helmut Marko sarcastically says it was “very sporting of the Mercedes team” after Lando Norris was told not to do Max Verstappen a “favour” in qualifying at Portimao.

The connection: McLaren is powered by Mercedes.

Putting in the laps at the Algarve circuit in qualifying, Norris was ahead of Verstappen on the track when McLaren told the Brit not to “do Verstappen a favour” by giving him a tow.

Verstappen finished qualifying in third place, losing out to the Mercedes team-mates although it would have been a very different story had his first Q3 time not been deleted for exceeding track limits.

Marko, though, was more annoyed with the message to Norris than he was with the gust of wind that pushed Verstappen wide at Turn 4.

“Of course it’s frustrating when you set the fastest time,” the Red Bull advisor told ServusTV. “But in Turn 4 [on his first run] he got a gust of wind from behind and it took him out. He lost time because of it, not gained.

“Then on the second run, Lando Norris got told not to do Max any favours.”

He added: “Very sporting of the Mercedes team.”

But that wasn’t Marko’s only complaint as he also felt former Red Bull driver Sebastian Vettel caused problems for Verstappen.

That, he says, was “a bit unfortunate” more than deliberate.

“Then with Vettel, of course, he was busy with the car, that he keeps it on the road,” said the Austrian. “It was a bit unfortunate.”

McLaren insist Lando Norris was told not to do Max Verstappen a favour in Portuguese GP qualifying for their own sake – not that of Mercedes, their engine supplier.https://t.co/fr1jR4fwjt #F1 pic.twitter.com/m7Bue6PyiA

McLaren team boss Andreas Seidl has insisted there was nothing untoward in the message to Norris, nor were McLaren trying to help Mercedes in any way.

“We have to make it clear, we drive for ourselves and not for anyone else,” he said. “Our aim is to finish as high up as possible with our two cars.

“I guess it’s normal that, like everyone is doing, and Max was no different, you don’t want to give anyone a tow, because it’s a benefit for the other car.”

Looking ahead to Sunday’s Portuguese Grand Prix, Verstappen and the Mercedes drivers will be starting on the medium Pirellis.

Marko, though, is worried that Mercedes have the better pace on the yellow tyres.

“We are worried about our performance on the medium tyre,” he said. “We are not competitive on that tyre.

“We hope that this will change with full tanks so the warm-up behaviour will then be different.”