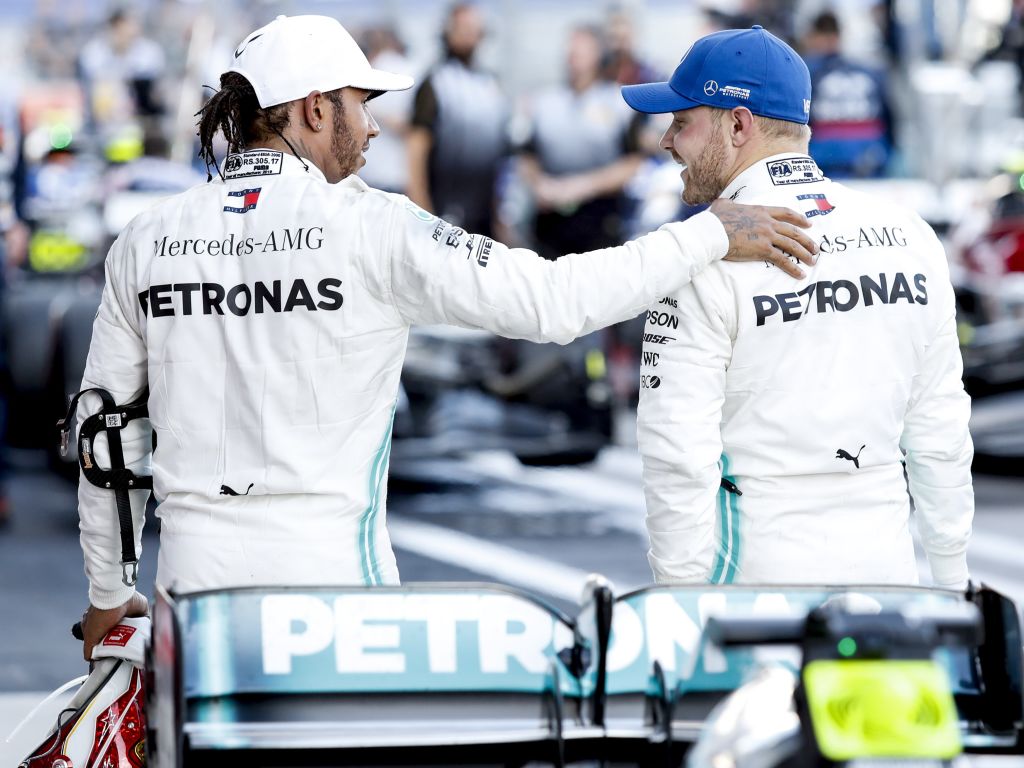 Johnny Herbert believes that Valtteri Bottas has to be more consistent if he finally wants to get the better of Lewis Hamilton.

The Finn has been team-mates with Hamilton since he joined Mercedes in 2017. In that time he has shown glimpses of his ability to beat the Brit, taking seven wins and 11 pole positions.

However, he has ended each season comfortably behind Hamilton in the standings. When asked what he needs to do to become the German team’s top dog, Sky Sports’ Herbert pointed to consistency rather than pace.

“I think he openly admits it himself – it’s consistency. We saw him come out very positively at the beginning of last season but then he just runs out of steam, and that’s when Lewis just keeps on putting the pressure on.

“Valtteri has to have a next level of consistency to put Lewis under pressure and at the moment that hasn’t happened. He did sound in a very positive light last week because he’s worked so hard on his fitness and with that, I think the mental side is coming strong at the same time.”

Bottas enjoyed an excellent start to the 2019 season, finishing in the top two in the first five races and winning in Melbourne and Baku. With this season opening with a doubleheader, Herbert feels he can put the pressure on Hamilton if makes enough fast start.

“If he can get that first race win, it really gives him the confidence – then the pressure starts to get on Lewis a little bit more. Then, of course, they’re back the following at the weekend at the same track.”

Bottas himself believes that he’s well prepared for the challenge ahead, stating that he’s currently fitter and stronger than ever before.