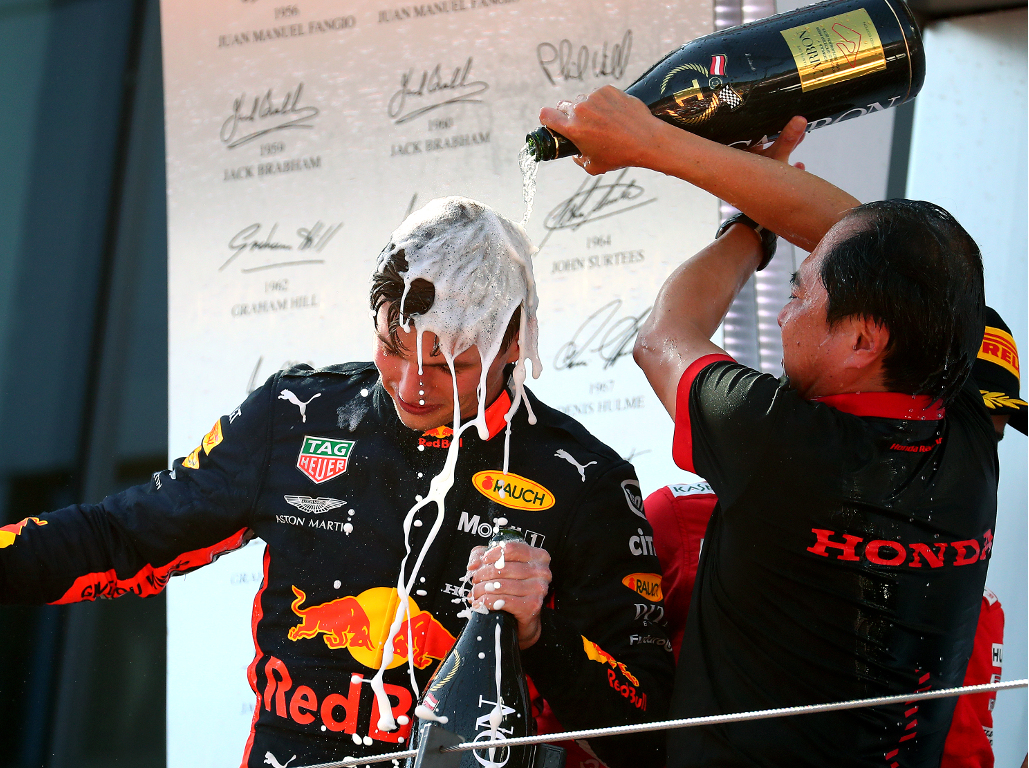 Max Verstappen’s Austrian Grand Prix win could not have come at a better time as Honda are considering their future in Formula 1.

Honda returned to Formula 1 in 2015 with McLaren but, after three unsuccessful seasons, parted ways with the Woking team and instead joined the Red Bull family, signing with junior team Toro Rosso.

It was Honda’s first F1 triumph in 13 years.

It could not have come at a better time for the Japanese manufacturer as they are considering their future in Formula 1.

Honda have yet to commit to the sport beyond next year with Verstappen’s winning coming as Honda reportedly held high-level talks with Red Bull at the F1 team’s home track.

One issue Honda are debating it whether they are in favour of continuing with the engine rules as they are.

Formula 1’s powers-that-be had hoped to overhaul the engine regulations in 2021 but it now looks as if they will continue pretty much as they are.

“Of course we don’t know what kind of racing it’s going to be, and there’s a possibility we might be disadvantaged by the new regulations.

“So of course it’s related.

“F1 is the top category of motorsport.

“It needs to be a category which includes the pinnacle of technology. That’s the demand for F1.”

In the wake of Sunday’s Austrian GP, Autosport spoke with Red Bull team boss Christian Horner about his thoughts on continuing with Honda into 2021 and beyond, he replied: “There have been discussions throughout the day, and there are some executives from Honda here.

“But it was great for the vice president to be here to see Honda’s first victory in the hybrid era.

“It was a great performance and one that they enjoyed very much.”