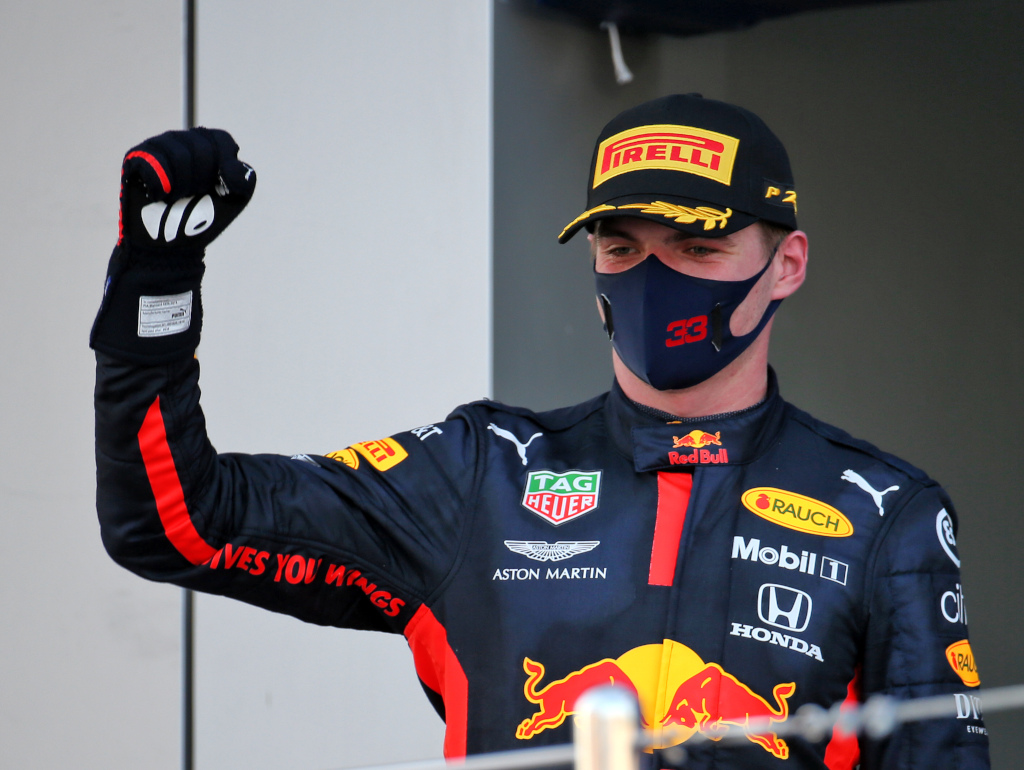 Max Verstappen will not be walking out of the Red Bull door with Honda at the end of next season with Christian Horner denying rumours he has an “engine-related clause” in his deal.

Although there are performance related clauses in Verstappen’s contract, reports have suggested there is also one in place relating to Red Bull’s relationship with Honda.

A relationship that will end at the conclusion of next year’s championship.

Honda announced on Friday that 2021 will be its final season in Formula 1, leaving Red Bull without an engine to power its 2022 car.

But contrary to some reports, it doesn’t mean Verstappen will be following the Japanese manufacturer out of the door.

Earlier this year Verstappen re-signed with Red Bull until 2023 but there are clauses in his contract that could see him leave earlier.

However, one of those is not that Honda stays on or he leaves with them.

“There is no such clause in his contract,” Motorsport-Total.com reports Horner as having told ServusTV.

“The contracts between the driver and the team are private. But there is definitely no engine-related clause in Max’s contract.

“He’s competitive, feels very comfortable with the team and is a firm believer in the Honda program.

“I think he also sees that Honda has moved the engine from 2022 to 2021. That is of course encouraging so we will next year another step forward.

In the meantime Red Bull are looking for a new engine partner.

While some reports claim Mercedes could be an option, it does look as if a return to Renault could be on the cards.

Renault powered Red Bull to four successive championship doubles from 2010 to 2013 before the relationship broke down as Mercedes asserted its dominance over the field.

Asked about Renault, Horner told ServusTV: “Renault has changed since the separation. The new board of directors brings a breath of fresh air and some changes with it.

“Things are moving forward there.”