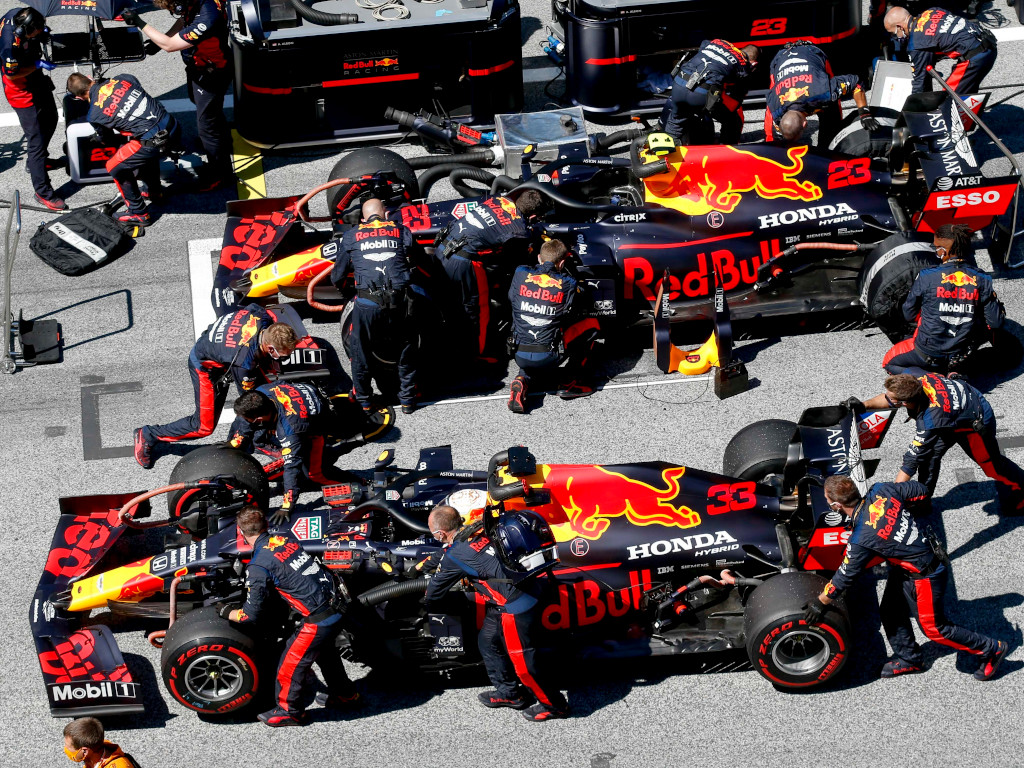 Robbed of points, and even a podium, in Austria by two electrical failures, Honda are investigating the issues that befell Red Bull.

Max Verstappen made a great start to Red Bull’s home grand prix and was running second at the Red Bull Ring.

However, the defending Austrian GP champ’s race ended on lap 14.

Verstappen suddenly slowed down out on track and limped back to the pits, falling further and further down the order.

Complaining that the “anti-stall” keeps kicking in, he pitted with Red Bull handing him a new steering and even bolting on fresh tyres in the hope that would do the trick.

Although Verstappen briefly got going again, it was a few metres and then the car shut down.

Fighting with Lewis Hamilton over second place, Albon was given a whack by the Mercedes driver which pitched him into a spin and dropped him towards the back of the field.

The Thai-British racer was able to continue but a handful of laps later parked his RB16.

According to Honda, it was also a suspected electrical issue.

The Japanese manufacturer has launched an investigation into the cause of the two issues.

“The first race of the season ended with three of our cars retiring, which is disappointing,” said Honda F1 technical director Toyoharu Tanabe.

“So the only positive is that [Pierre] Gasly drove well to give AlphaTauri some points in their first race.

“For Aston Martin Red Bull Racing, Verstappen was going well from second on the grid, until he had to retire due to an electrical issue.

“Albon was very unlucky to lose second place in the last few laps, but he was still fighting for points until he also had to retire, due to a suspected PU electrical issue.

“At the moment, we are investigating the causes of the two failures.”

Formula 1 will remain at the Red Bull Ring this week for round two of the championship, the Steiermark GP.

Tanabe is hoping for better reliability for part two in Austria.

He added: “We stay here in Austria for the second round next weekend and in the limited time available we will analyse all our data and try and take countermeasures to ensure we perform more reliably in Round 2.”