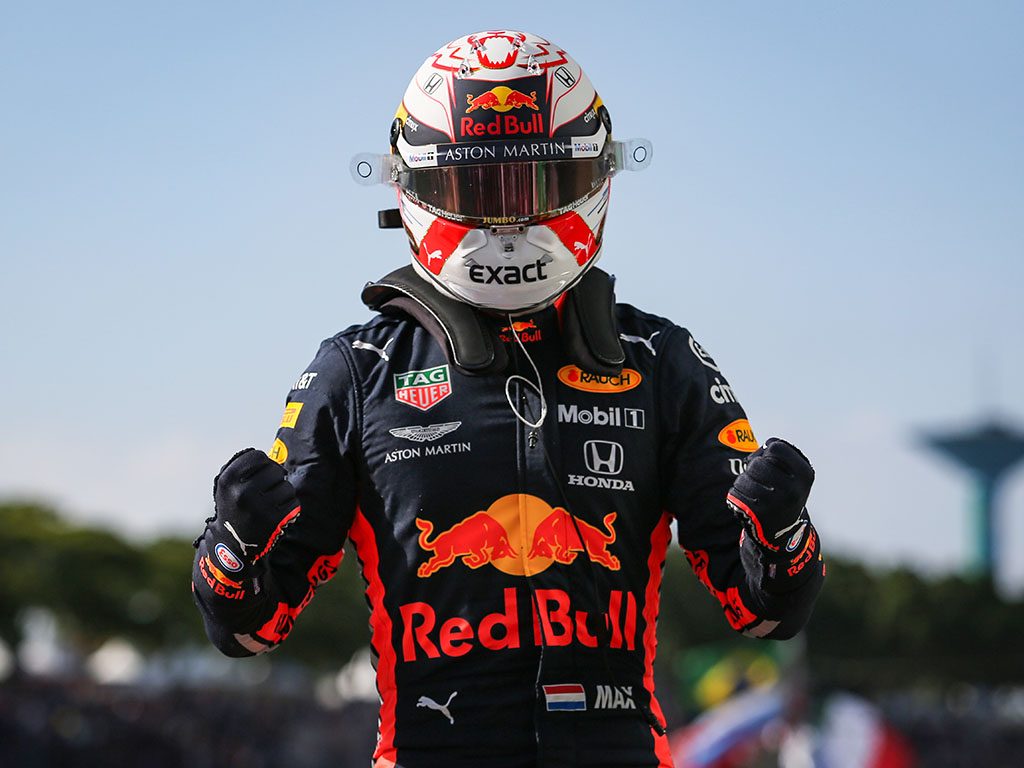 Honda supplied engines to Red Bull for the first time in 2019 and the deal is already paying off – Verstappen would collect three race wins and a further six podiums, ending Honda’s 13-year winless run in F1.

Verstappen pointed to the Honda badge on his race suit after taking the first of those three wins in Austria, while the Dutchman has made it public just how much he is enjoying working with the Japanese manufacturer.

Those three wins have put Verstappen level with names such as Keke Rosberg and Gerhard Berger on Honda’s winners list, one which is topped by Senna who claimed 32 race wins and three World Championships with Honda power between 1987 and 1992.

So it’s high praise indeed then to hear that Honda see similarities in the way Verstappen works with them, compared to the legendary Senna.

“As Honda, we see him as a very important factor with Honda’s project,” Yamamoto told Autosport.

“He’s young, but his driving is really impressive.

“It looks like seeing a young Senna, with his relationship with Honda.

“Max maybe pays respect to Honda. He feels Honda is familiar. And then probably the badge he showed on the podium in Austria proved that he was very happy as well.

“This gives us an emotion that we want to provide a good engine for him.

“Of course, all the four drivers are very important for us.”

But it’s understandable how Honda have gravitated towards Verstappen due to his hands-on nature with the company on top of just getting results.

“The passion we showed towards winning made the relationship stronger with him,” Yamamoto explained.

“He also has been to the F1 R&D centre and our mass production site.

“There’s many, many people [working at those facilities] and he has actually seen it.

“He went through a tunnel of people getting high fives, like one kilometre long!

“That kind of thing maybe gave him a stronger impression about Honda, and a stronger commitment to Honda.”