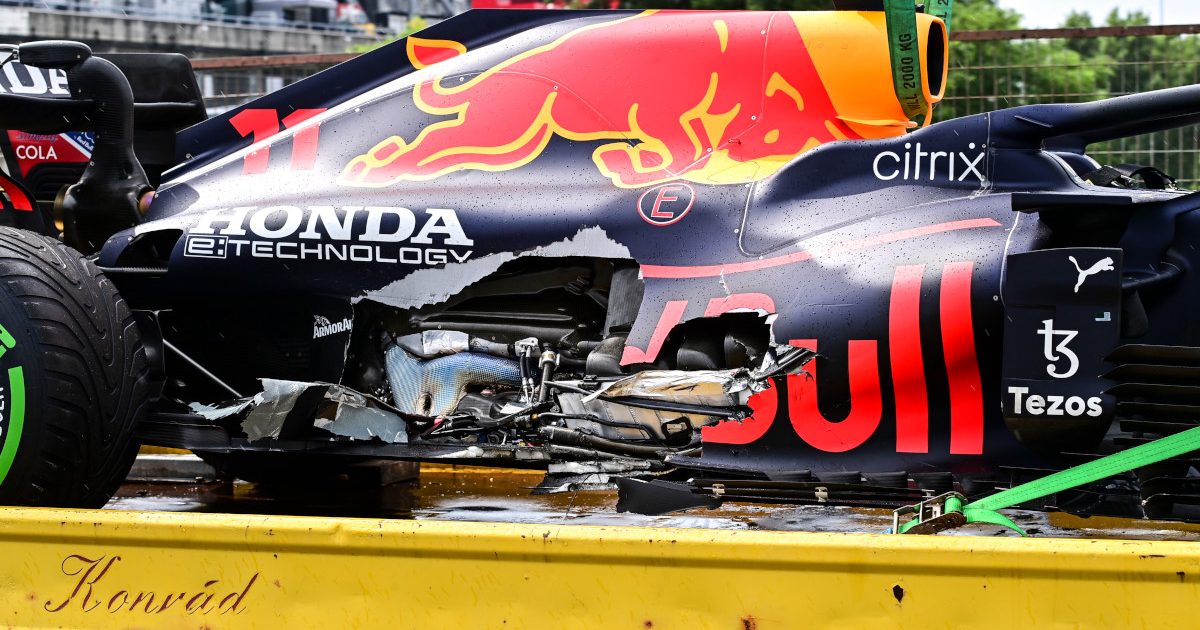 With both of their second power units written off, Honda fear neither Max Verstappen nor Sergio Perez will make it through the second half of this season without engine penalties.

Title hopeful Verstappen is already onto his third engine having lost his second when he suffered a huge crash at the British Grand Prix.

While Honda initially thought the engine had survived the 51G impact, it developed a crack during the Hungarian weekend that necessitated an engine change ahead of the grand prix.

That Hungarian race also saw Perez lose his second engine, the Mexican driver one of the victims of Valtteri Bottas’ opening lap antics that caused a multi-car collision.

He’ll move onto his third engine at this weekend’s Belgian Grand Prix while Verstappen’s third engine will be powering him for the second time.

And with this year’s championship expected to be another 12 races, should F1 find a replacement for the Japanese and Australian GPs, Honda fear neither third power unit will make it to the end.

Honda F1 technical director Toyoharu Tanabe told the BBC: “We lost a power unit for each driver of Red Bull Racing and it looks like we will have around 22-23 races on the current basis, so we must think our PU strategy accordingly.”

Taking on a fourth engine and its penalties would be particularly galling for Verstappen given that the Dutchman was leading the championship prior to his British and Hungarian crashes. He now trails Lewis Hamilton by eight points.

Team boss Christian Horner was more blunt in his assessment, admitting there is “very little” chance of Red Bull escaping this season without any engine penalties.

“Very little, I’m afraid,” he told F1.com when asked if Red Bull could avoid penalties, “and that is hugely frustrating for Honda as it’s not due to reliability, it’s due to accidents that we haven’t caused.

“So they are feeling the brunt of this, as we are on the chassis side and it’s not to be underestimated on the cost cap side.

“We’ve had some hugely bad luck in the last couple of races. It’s been pretty brutal in parts, in damage, in engines. But you know we’ll brush ourselves down and we’ll come out fighting.”