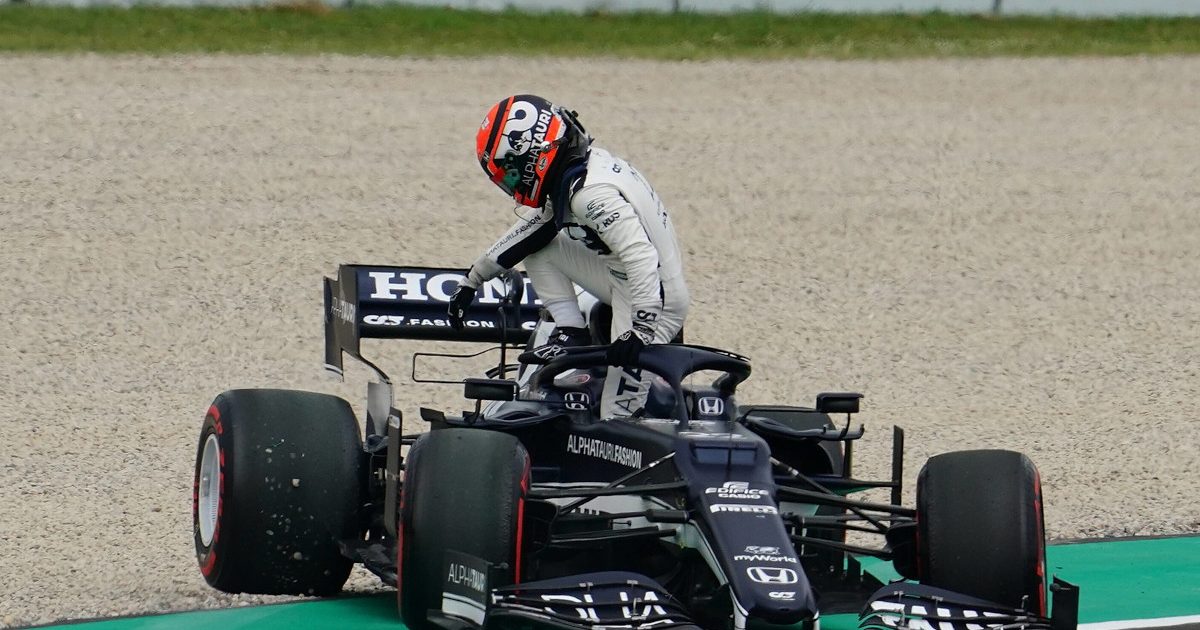 Toyoharu Tanabe says Honda are investigating the cause of the fuel pressure problem that put Yuki Tsunoda out of the Spanish GP.

Tsunoda was the only driver to retire at the Barcelona circuit, his AlphaTauri coming to a halt on the side of the track at Turn 10.

The Japanese rookie could do nothing to get it going, his Honda engine having just stopped.

Honda technical director Tanabe has revealed it was a fuel pressure problem, but the cause of it is not yet known.

Worryingly for Honda, especially in light of Max Verstappen’s championship quest, it was a problem that developed out of the blue.

“We had a problem with the fuel pressure, it dropped,” Tanabe explained to Japan’s AS-Web.

“We will investigate the cause and if necessary, take measures with the other cars. We will deal with it.

“It was suddenly there. The engine ran out of fuel and therefore the car stopped.”

Tsunoda told the team in the immediate aftermath that his wheels had locked with Tanabe saying that is “what happens when the engine stops”.

Tsunoda has ground to a halt at Turn 10#SpanishGP 🇪🇸 #F1 pic.twitter.com/TOP5mq40WE

Gasly was 10th with Perez P5 and Verstappen again finishing runner up to Lewis Hamilton.

“Immediately after the start, he [Verstappen] passed Hamilton and continued to run at the front from the beginning to the middle,” he said.

“However, Hamilton, who came out with a two-stop strategy, caught up hard, and he was overtaken near the end.

“Regarding the battle for victory, I think Hamilton and Mercedes’ combined fighting power and strategy outperformed Red Bull-Honda.”

As for Perez, he found it “difficult to overtake when starting from eighth place”, said Tanabe, adding “at the end, he caught up to fifth place, but the qualifying results still echoed”.

Summing up Gasly’s race, he said the AlphaTauri driver was “penalised for five seconds over the white line on the starting grid, but the race pace was pretty good and he managed to get back to 10th place”.