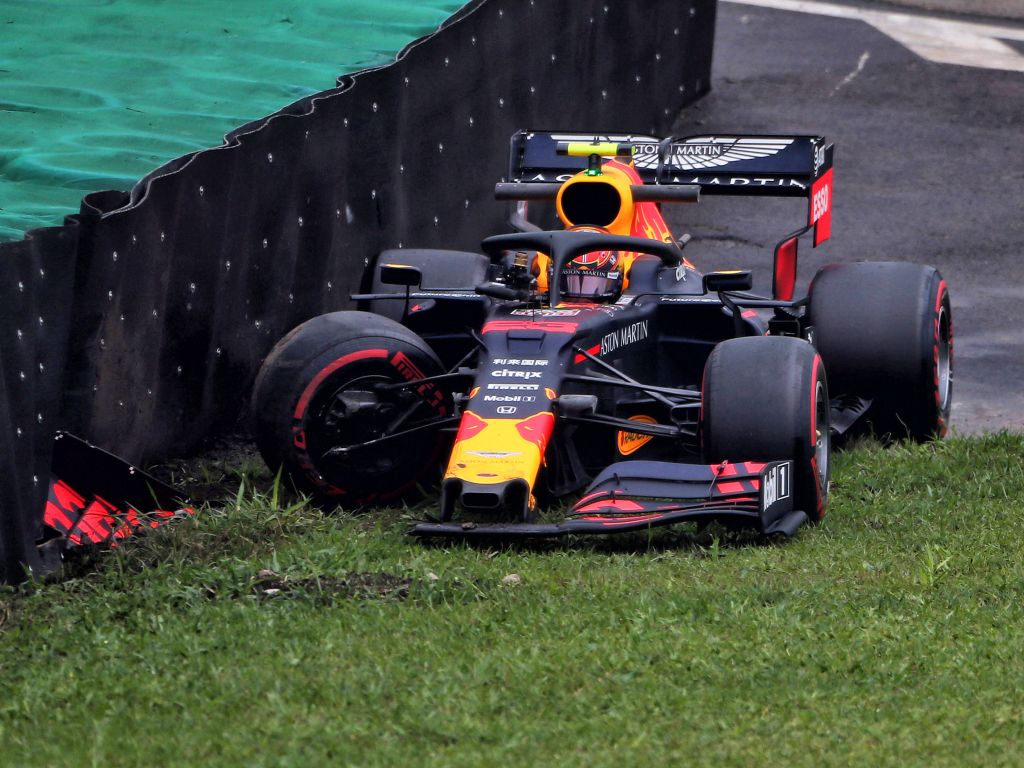 Red Bull principal Christian Horner has cleared Alex Albon of blame after his FP1 crash in Brazil, saying the team had been too “optimistic”.

Friday running began on a very wet note at Interlagos, but with the track drying Albon put himself P1 on the intermediates, the position he would hold on to for the rest of the session.

But with minutes to go Albon was one of several drivers who attempted a run on the slick tyres. It would lead to multiple spins, including an off for team-mate Max Verstappen, but Albon’s luck was out when he went onto the grass at the final turn and ended up in the wall.

Though Horner joked that it was “quite an expensive session” for the team, the boss was happy with Albon’s first outing in F1 around Interlagos.

“It started good, Alex, first time in Brazil, first time on the track, went fastest on the intermediates,” he told reporters in Sao Paulo.

“And then the circuit looked like it was starting to get dry. I think there were 10 cars that went out on slicks.

“Max went off at Turn 2. Alex, unfortunately, with cold brakes, he locked up in the last turn and put a bit of damage.

“So it’s dented the mechanics lunch break, to get the car ready for the next session.”

Albon has been signed to stay at Red Bull for 2020, though this wasn’t his first big shunt of the season. But on this occasion Horner pinned the blame on Red Bull for perhaps being too “optimistic” by sending him out on the dry tyres.

“I think today you can’t put on Alex’s account,” he told Autosport.com.

“Maybe we were a little bit too optimistic getting out there trying to get him laps in on a track that was still pretty damp in the middle sector.

“And Max he had a moment at Turn 1 and Turn 2, there were other cars as well running wide.

“I don’t think today’s [accident], we can blame that on on Alex.

“He’s had a few little incidents this year, thankfully they’ve all been on Fridays and Saturday mornings, and when it’s come to it in qualifying and the race he’s absolutely delivered.”