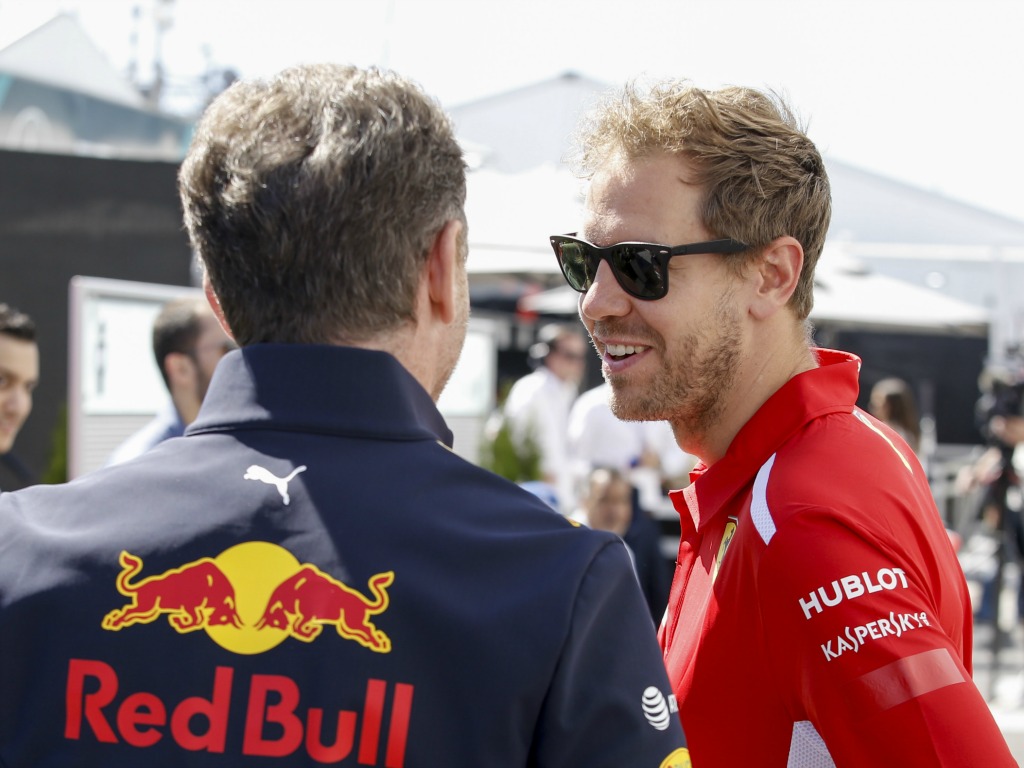 Christian Horner gave a diplomatic response when asked about the prospect of Sebastian Vettel returning to Red Bull.

The recently turned 32-year-old won four World Championship titles with the team between 2010 and 2013, and he is often seen speaking to Red Bull personnel around the paddock and inside the team’s motorhome.

After Red Bull emerged victorious at the Austrian Grand Prix, one of the questions put to the Red Bull boss was whether Vettel could return to the team.

He was careful not to start a fresh wave of speculation for Vettel, who has had to play down retirement talk for most of this season.

“We have great memories of Sebastian’s time with us,” Horner told Servus TV.

“He is part of our history. He won four titles and many, many races together with us, including Red Bull’s first win in Formula 1. We have a special relationship with Sebastian.

“Although he is now with Ferrari, he still comes to see the mechanics very often, he knows most of the faces here and is still a friend of the team.

“He was very happy for us at the Red Bull Ring.”

There have been question marks raised over the futures of both Red Bull drivers during this 2019 campaign.

The Max Verstappen links to Mercedes will not go away, while Pierre Gasly’s struggles may well see Red Bull replace the Frenchman at the end of the season.

Meanwhile, Renault’s Daniel Ricciardo has reportedly emerged as a potential back-up option for Ferrari, just in case Vettel does decide to leave.