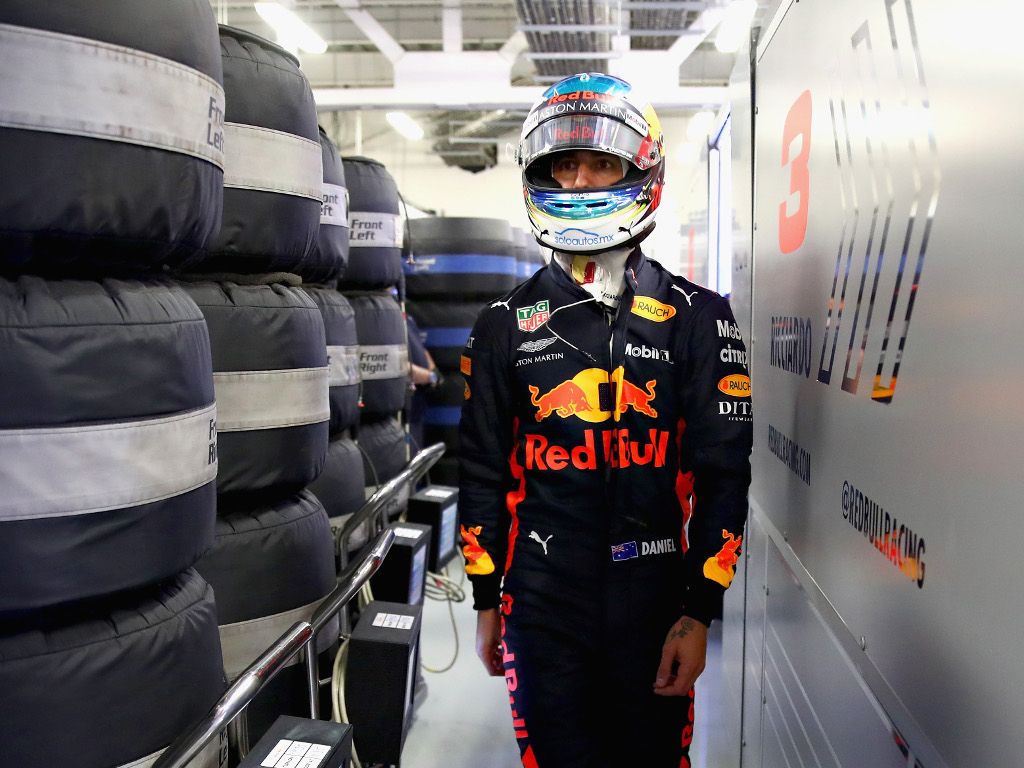 After Daniel Ricciardo let rip following his eighth DNF of this season, Christian Horner says he understands the driver’s frustration and hopes the “dark cloud” following him lifts.

Ricciardo was in the hunt for a podium result at Sunday’s Mexican Grand Prix when a hydraulic issue forced the pole-sitter to park his RB14 on the side of the track.

It was his eighth retirement of this campaign.

“I’m not superstitious or any of this bullshit, but… the car’s cursed.”

He finished off by saying: “I’ll let Gasly drive it, I’m done with it.”

Horner says he gets it, especially as Ricciardo’s team-mate Max Verstappen went onto win the grand prix.

“He’s just had an immensely frustrating afternoon. You can understand his emotions are running incredibly high,” the Red Bull team boss told Racer.

“It’s gutting not just for him but for the whole team because we were looking at potentially a one-two finish which has enormous value to us.

“It feels a bittersweet victory in that it is fantastic for Max to have driven an outstanding race – absolutely outstanding race, but I’m pretty confident that Daniel would have been able to hold off Sebastian [Vettel] over those remaining laps.

“You can understand his frustration, and hope that this dark cloud that is following him around lifts for the final two races.”

Asked if he had spoken with Ricciardo, Horner replied: “He wanted to get out of the circuit pretty quickly as you can imagine, so we’ll speak a bit later when things have calmed down.”

Ricciardo will finish this season as Red Bull’s second best driver as his 146 points means even if he wins the final two races of the season he cannot catch Verstappen who is 216 points.