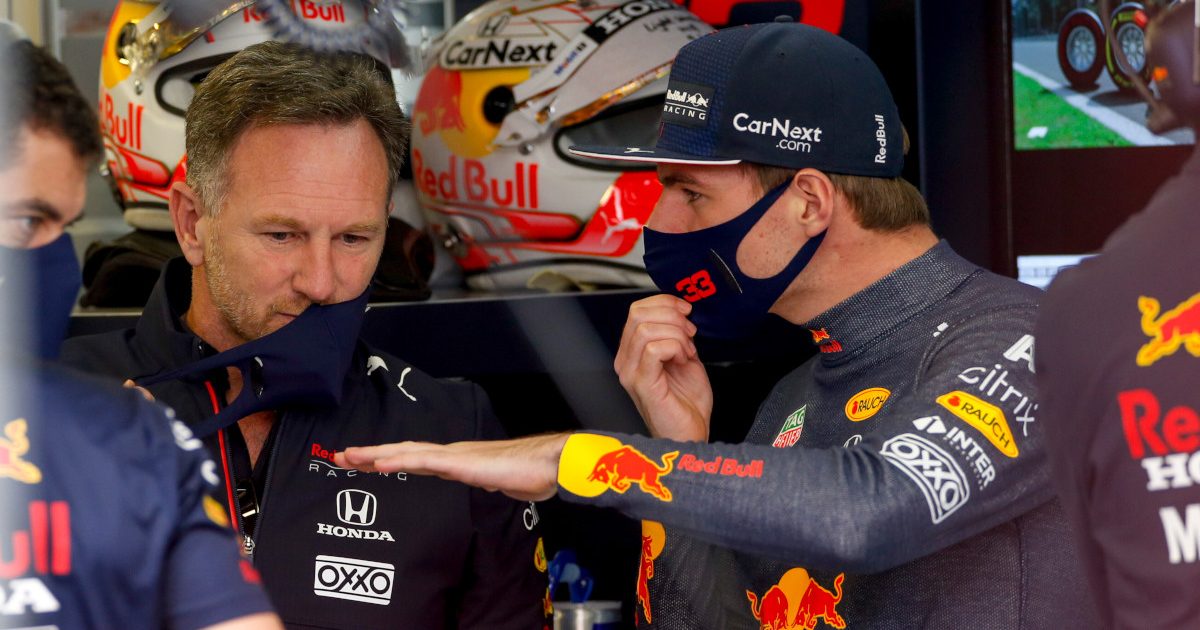 The last time Formula 1 raced at the Autodromo Hermanos Rodriguez, Hamilton and Verstappen lined up on the second row of the grid behind the Ferraris of Charles Leclerc and Sebastian Vettel.

Fighting for position, the two made light contact through Turn 2, their antics sending both drivers flying off the track and costing them positions.

Horner is keen to avoid a repeat this Sunday when Hamilton lines up second on the grid, and Verstappen P3.

“We don’t want an action replay,” he told Sky Sports.

“If you look at 2019 – Max starting third – Lewis got very aggressive into Turn 2 and then it [caused] a puncture and screwed the rest of the race.

“So you’ve got to be there at the finish.

“We still think we’ve got a great chance in this race but it’s certainly harder than it was looking perhaps earlier this [Saturday] morning.”

MAX: “Qualifying didn’t go our way but there’s still a lot to fight for [on Sunday]”#MexicoGP 🇲🇽 #F1 pic.twitter.com/9LgiaFzXhJ

It was a surprise that qualifying didn’t go Verstappen’s way, the Dutchman the favourite to take pole position.

However instead he will line up P3 after both Red Bulls were caught out by Yuki Tsunoda on their final hot laps on Saturday.

The Japanese driver earned his senior team’s ire when he went off the track to clear a path for Sergio Perez, only to distract the Mexican driver who then made a mistake. That in turn saw Verstappen slow down.

But while the starting position isn’t what Red Bull had hoped for, Horner is optimistic as Verstappen showed pace on both the medium and hard tyres, the two compounds he’ll run on Sunday.

“We don’t see the soft tyre again. Max was never that happy on the soft so far this weekend so I think being on the medium, the hard tyre was okay for us.

“So the first thing is to nail the start and see what formation driving there is down to Turn 1.”

Verstappen heads into Sunday’s race 12 points ahead of Hamilton in the fight for the World title.

He said after qualifying: “Tomorrow [Sunday] is a new day and hopefully, the race will be exciting, there’s a long run to the first corner so let’s see what happens.”