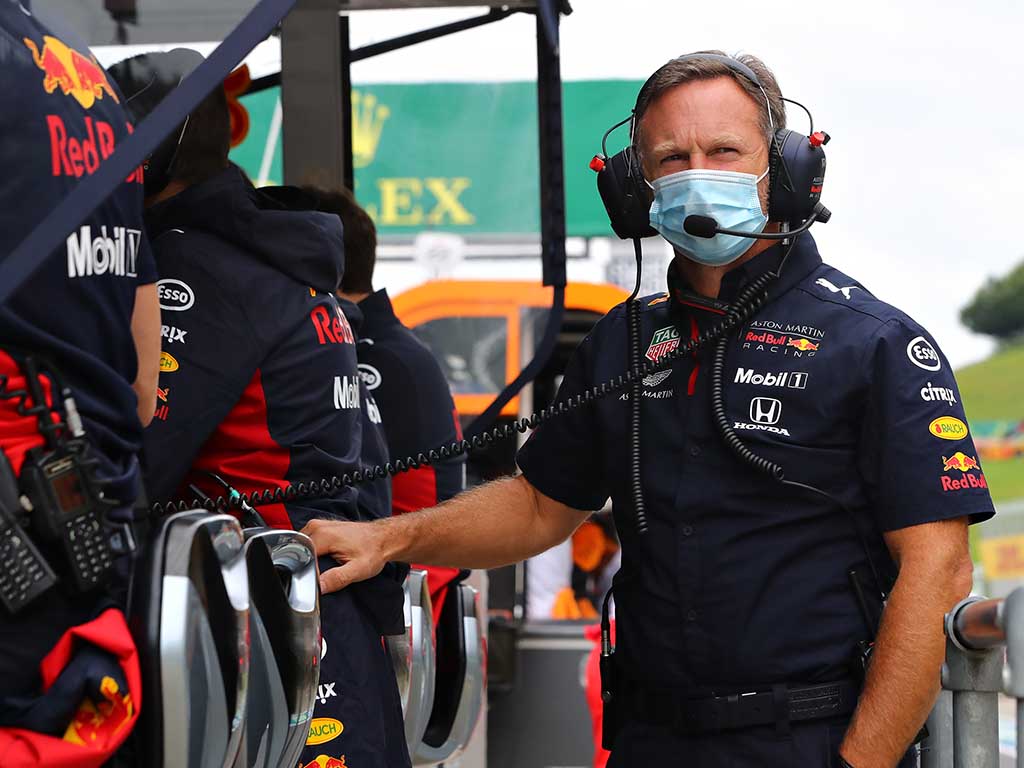 After seeing the return of DAS during Friday practice ahead of the Austrian Grand Prix, Red Bull lodged an official protest to the FIA alleging that the system was in breach of the regulations.

The governing body declared it legal in the early hours of Saturday morning in Austria and gave a lengthy explanation as to why it was in compliance with the rules.

There was a suggestion that Red Bull would perhaps appeal the decision, but Horner revealed during his response that he now considers the matter to be closed.

“We wanted to get clarity,” Horner told Sky Sports F1.

“We wanted to protest at the earliest point of the weekend so it didn’t interrupt with the race result. So it would either be legal or illegal on Friday so it would then give Mercedes a chance to rectify that either way for Saturday and Sunday.

“Having seen it [DAS] on the car on Friday, we chose to use the avenue of a protest to achieve that clarity.

“We informed Mercedes prior to putting in the protest.

“Basically, the system is very, very complicated and it comes into question: what is a steering wheel for?’

“The stewards obviously back the decision [that DAS is legal] and so we have that clarity now.

“If we want one [our own DAS system] we will have to design that and incorporate it.”

Asked what Mercedes are actually using DAS for, Horner added: “It’s for achieving balance shifts during tyre warm-up, particularly after Safety Car periods, in that respect it has nothing to do with the steering of the car because they will only use it in a straight line.

“But that’s sometimes the ambiguity that these regulations create although it has been tidied up for next year.

“We didn’t feel, from the engineering feedback we had, that DAS wasn’t fully compliant with the regs this year.

“So that’s why we questioned it and got that clarity late last night so as far as we are concerned it’s all closed now.

“I guess if they use it in qualifying, then we may well ask to make a change in parc ferme conditions.

“If that is now permitted, then obviously you’ll request to make a change not with the steering wheel, but with a set of spanners, to your camber and caster and so on, whatever it controls.

“It is what it is. Hats off to Mercedes, it is a clever system but whether to incorporate that for this year when it is getting banned for next year, is going to be very difficult.”