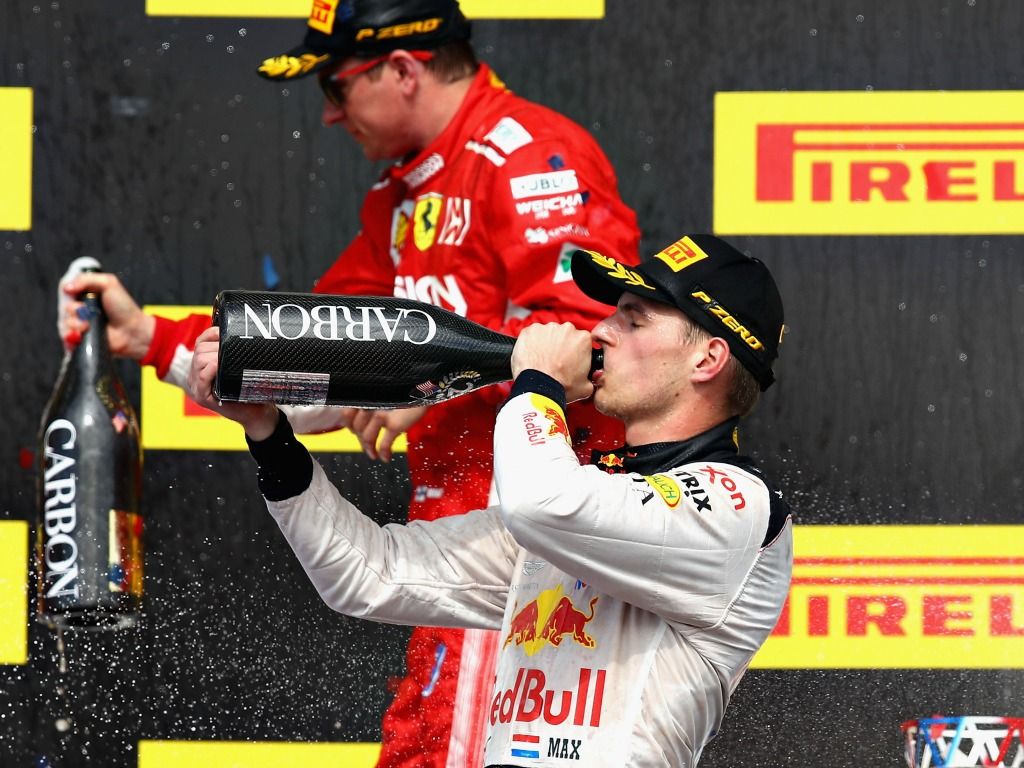 Christian Horner heaped praise on Max Verstappen after he blitzed his way from P18 to P2 at the United States Grand Prix.

A broken suspension in qualifying and a gearbox change saw the Dutchman start all the way down at the back of the grid with the two Toro Rossos of Pierre Gasly and Brendon Hartley.

But Verstappen wasted very little time in getting back into the top six and continued to attack all the way into a three-way battle for the win alongside Kimi Raikkonen and Lewis Hamilton.

He came home in P2 as the checkered flag waved and Horner felt we witnessed Verstappen at his very best on race day in Austin, Texas.

“It’s brilliant what a drive from P18! He’s been a great man today racing for the lead there, what a drive!,” Horner said.

“I knew there was a lot of discussion going on behind, about gaining on Kimi and Hamilton was getting closer and closer and Max was saying “I’m doing it carefully”.

“This is vintage Max – fair and hard racing. Today he’s driven an unbelievable race, he should certainly get your driver of the day if he hasn’t already.”

“We run a whole bunch of simulations to try and monitor the tyres and everything was telling us the tyres were done with six laps to go, but Max was saying he could manage it.

“All our tyre models were telling us there’s no way he will get to the end and he just did it and made it work. It was down to the temperature, and the change in pressure.”

Verstappen revealed in the drivers’ press conference that he was indeed struggling to make the tyres last.

“I was struggling with my tyres and there was a few corners near the end when I had to close the door a bit,” he said.

“I was on the edge and sliding a lot and Lewis ran out of room and then you get marbles on the tyres and then you need a lap until they have grip again.

“I was struggling in the last 2-3 laps with my tyres, but it made it more fun.”

The Dutchman also said that to finish as high as P2 from P18 was “unexpected” and also revealed he had a bit of a wardrobe malfunction developing throughout the race.

He said: “It was a bit unexpected, a good start, good first lap very quickly we were into P5 then we could follow the leaders.

“We made the right call to undercut Valtteri and then on the last three laps I ran out of tyres. I destroyed my shoe, pushing it hard but all good.”