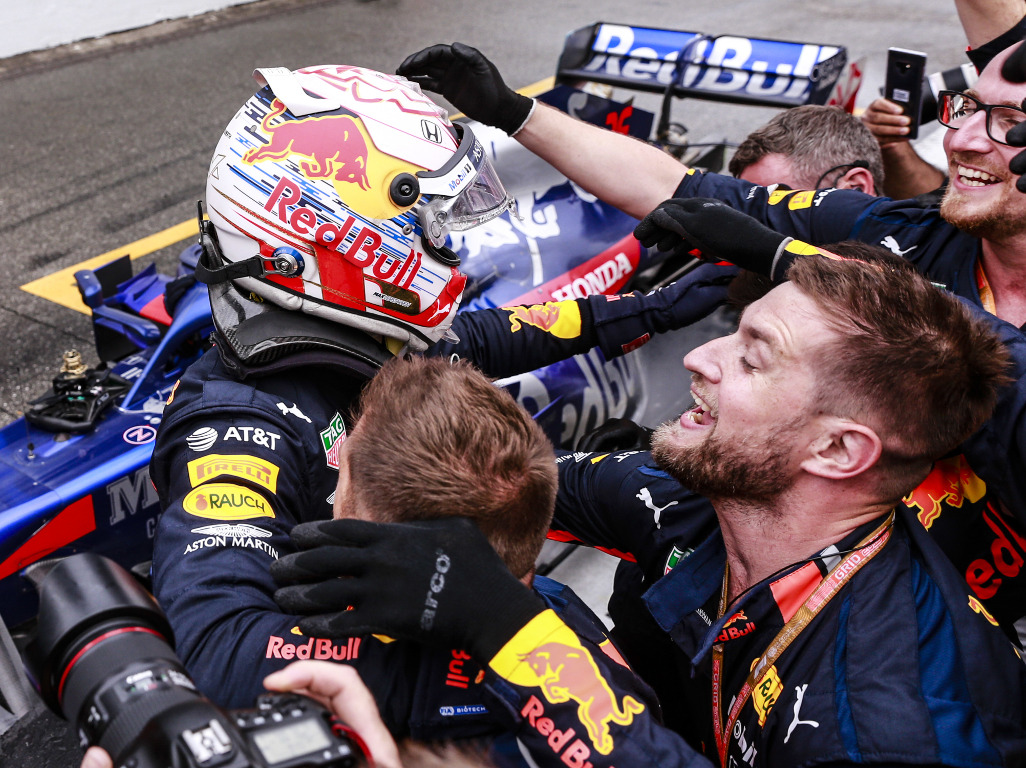 Christian Horner is “totally relaxed” about holding onto Max Verstappen, confident the driver is happy at Red Bull.

Verstappen raced to his second win of this season at the Hockenheimring on Sunday, taking his first-ever victory in the rain.

His first win of the campaign, Austria, reportedly put an end to rumours of Verstappen leaving Red Bull as a clause in his contract is believed to state that if he won before the summer break, he could not open talks with rival teams.

But with two wins now on the board, Horner believes it is more than just a contract keeping Verstappen at Red Bull Racing.

“I’m totally relaxed about it,” the team boss told Crash.net. “I think Max is enjoying driving within the team, he sees the progress that we’re making.

“I don’t see any risk with that.

“We’ve just got to keep focusing on getting performance to the car.

“We’re at the halfway stage of the championship now, we’ve won two races. We’ve had a couple of other podiums.”

Verstappen’s performances this season have put him third in the championship on 162 points.

But while that is 63 points behind runaway championship leader Lewis Hamilton, Red Bull advisor Helmut Marko believes his driver still has a shot at this year’s World title.

“I would not rule it out,” he told Auto Motor und Sport.

“Max has proven he can overtake Mercedes and Ferrari on the track. In England he could have finished second had he not been stuck behind Leclerc for so long.

“And Hockenheim has shown that Mercedes can make mistakes if we can put pressure on them properly.”