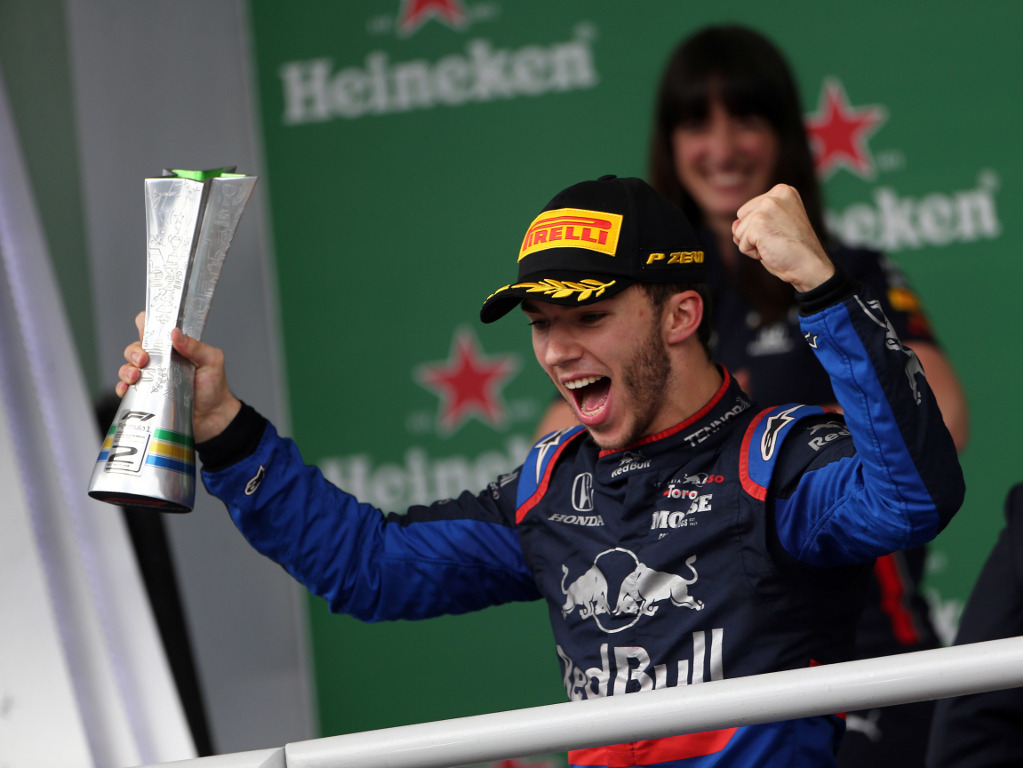 Christian Horner says Pierre Gasly could return to Red Bull in the future because if he didn’t believe that, he wouldn’t have kept him on at Toro Rosso.

Gasly was promoted to Red Bull ahead of this year’s championship only to be demoted to Toro Rosso midseason.

The Frenchman, though, has rised to the challenge, scoring in five out of eight races including a runner-up result at the Brazilian Grand Prix.

“If we didn’t believe he was a candidate for us we would have released him from the contract,” the Red Bull team boss explained to Racer.

“But obviously we still believe in his talent and that’s why we retained him within the group.”

Horner feels Gasly has dealt extremely well with his demotion, embracing the opportunity that the team gave him by opting to still retain, just at the junior team.

Red Bull have confirmed the 23-year-old will remain with Toro Rosso in 2020.

“He had two choices,” Horner added, “he could either get depressed about it or be grateful for the fact he was still involved in F1 and Red Bull still believed in him, and I think he embraced it rather than got dejected by it.

“I think there was almost a slight relief as well, because the pressure only mounts. He came into the season after two crashes and there were some really tough races for him. I think it was the right thing to remove him from that pressure and it’s been good to see him really find his confidence at Toro Rosso.

“I think he’s doing a very good job. I think removing him from the pressured environment here and putting him back into the slightly-less pressured environment at Toro Rosso, perhaps in a car that is slightly easier to drive, his confidence has been recovering and he’s put in some great performances. That’s why we took up the option on him again for 2020.

“It’s great to see him get his first podium, so it’s a fantastic day for Red Bull. Hopefully that confidence will only continue to grow.”