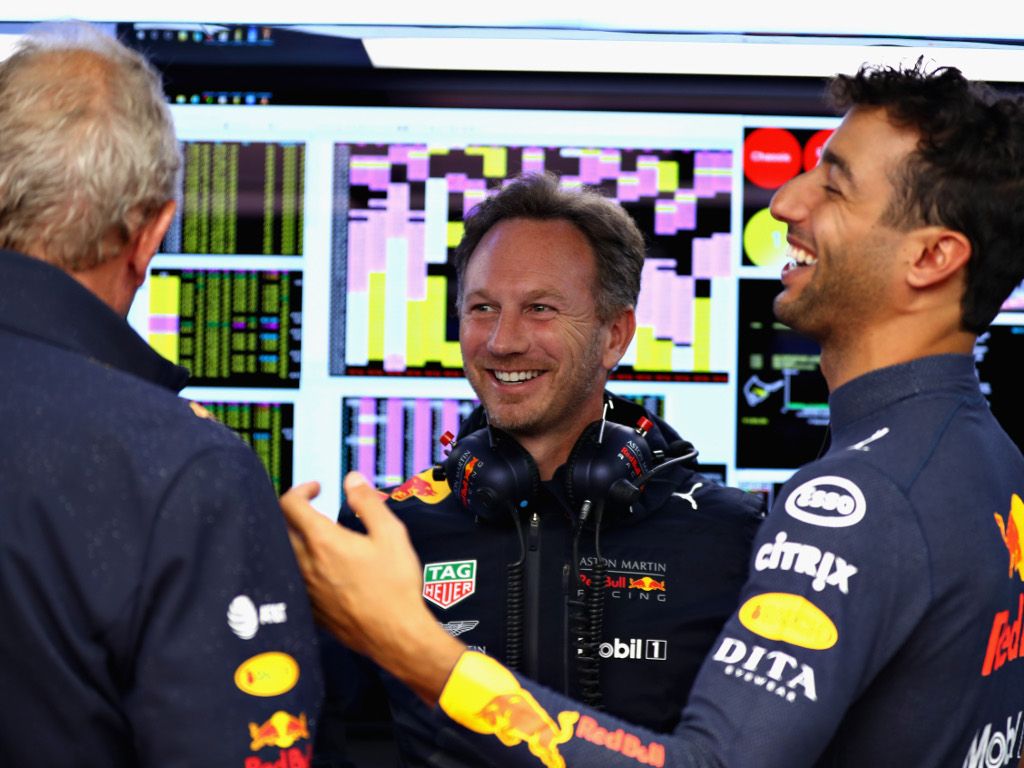 Phoning Christian Horner on Thursday to say he won’t be re-signing with Red Bull, the team boss reportedly thought Daniel Ricciardo “was joking.” He wasn’t.

According to the Daily Mail, Ricciardo had “agreed terms” with Red Bull that would see him stay on as Max Verstappen’s team-mate for 2019.

They had even bowed to his wish for a one-year deal.

A pre-recorded clip announcing the renewal of his contract was completed, it just needed to be aired.

Ricciardo reportedly blindsided Horner when he told his boss he had decided to instead sign with Renault having agreed a £20m-a-year deal for two seasons following “covert discussions” with the French manufacturer.

The Aussie wasn’t impressed last season when Horner said he wanted to “build a team” around the Dutchman and offered him a much-improved deal to re-sign with the tema.

Ricciardo, though, has spoken of his desire for a “fresh challenge.”

“It was probably one of the most difficult decisions to take in my career so far,” he said in the Renault press release. “But I thought that it was time for me to take on a fresh and new challenge.

“I realise that there is a lot ahead in order to allow Renault to reach their target of competing at the highest level but I have been impressed by their progression in only two years, and I know that each time Renault has been in the sport they eventually won.

“I hope to be able to help them in this journey and contribute on and off track.”