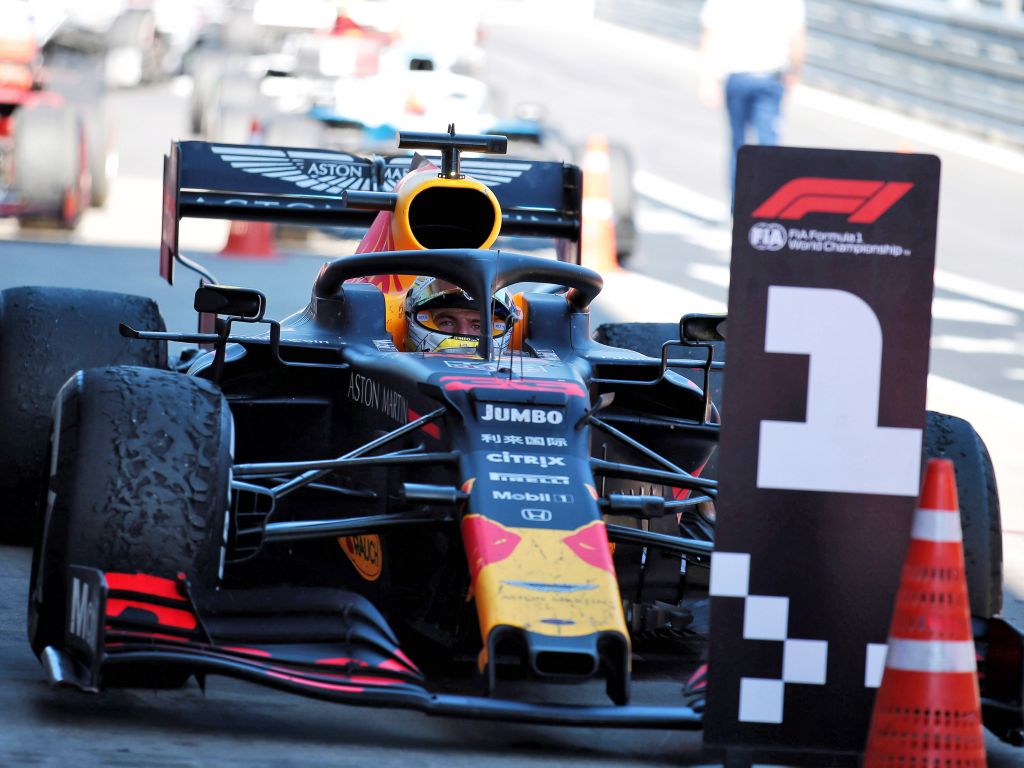 The Dutchman earned his and Red Bull’s first win of 2019 with a thrilling drive in Austria as he moved into P3 in the Drivers’ Championship behind leader Hamilton and his Mercedes team-mate Valtteri Bottas.

The Austrian oufit are desperate to keep their main man who has an esacpe clause in his contract, with Horner saying after the race that he  “thought for a little while” that Verstappen was the best Formula 1 had to offer.

He took that a step further at a media event ahead of the British Grand Prix, stating his belief that on current form, Verstappen is a better driver than five-time champ Hamilton.

“As the form driver, he is,” Horner is quoted by Autosport. “As the driver in the form of his life, arguably over the past 12 months, he’s been the best driver in the world.

“How do I substantiate that? He’s not in the best car. But when you look at the results he’s got out of that car since Montreal last year, some of the performances he’s put in, he’s made virtually zero mistakes in that period.

“It’s only natural that there’s always the next generation coming.

“Lewis has got the benefit of experience, he’s still extremely quick, he’s in the best car, in a very well-oiled machine.

“Max is very much the coming man. Wouldn’t it be fantastic for the sport to see those guys go head-to-head?”

Fans have often stated their desires to see Hamilton and Verstappen in equal machinery and Horner said he would “absolutely back Max” to come out on top.

Horner also believes that the 21-year-old has made a clear step up since Daniel Ricciardo left for Renault in the off-season.

“Daniel is such a big character, with a big sense of humour,” said Horner. “And Max always outside of the car came a little bit within Daniel’s shadow and was the jokey younger brother.

“Since Daniel has left, Max has assumed the role of the senior driver within the team and the responsibility that goes with that.

“There’s a different level of maturity, of direction and sense of purpose with him. “That has really rounded the package with him.”

Verstappen has finished no lower than P5 in his last 24 races, though he is no stranger to controversy.

That being said, Horner insists he likes that side of his driver and is keen for him to keep that edge.

“He’s passionate,” Horner added. “If you go back to the issue with [Brazilian Grand Prix shoving Esteban] Ocon last year.

“That’s part of the reason people warm to him. He’s not afraid to say it as it is.

“Is that a bad thing? I’d rather have a driver like that, that has that passion and fire in his belly.

“The sport is crying out for more drivers like Max Verstappen.”