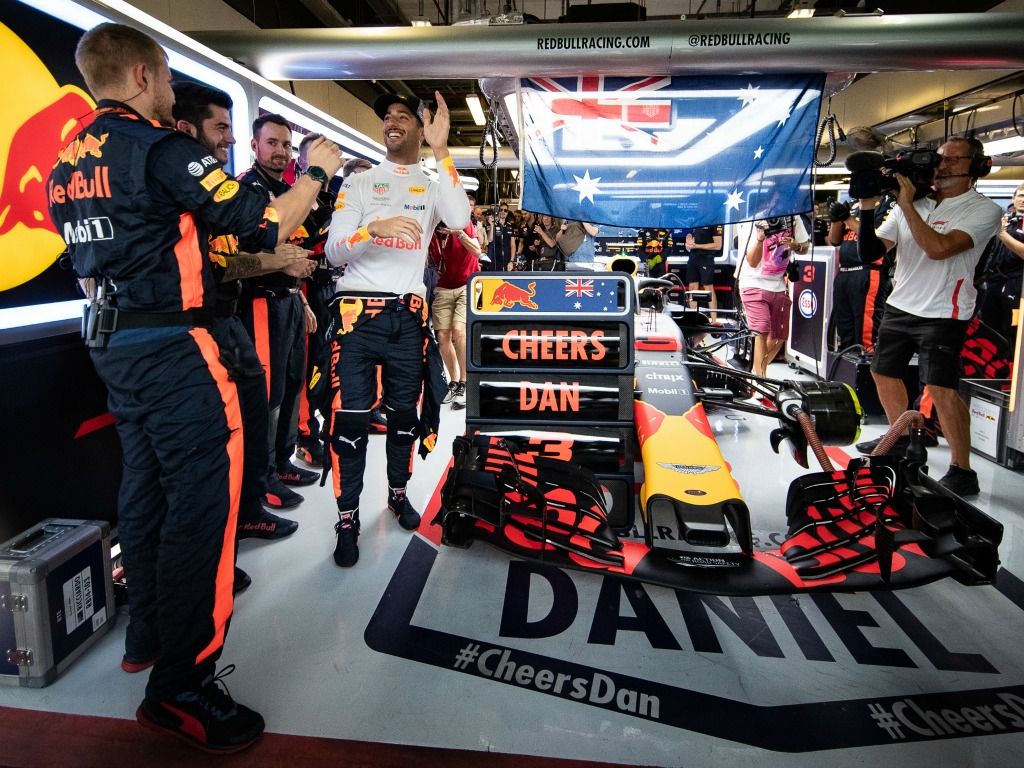 After their final race together, Red Bull team boss Christian Horner has wished Daniel Ricciardo all the best for his future with Renault.

The Australian made the decision to move away from Red Bull and stick with engine providers Renault for the foreseeable future.

He has also admitted that he won’t be winning races or Championships until at least the 2020 season.

For now, though, Horner admitted that he will miss the Honey Badger’s character, and that he wishes him “the very best”.

“I remember when he arrived in Europe in the Red Bull junior team,” Horner said.

“He’s done 100 races with us with seven victories, and 150 grands prix in total.

“He’s such a big character.

“We will miss him and we wish him the very best for the future but it’s been great to have him in our team.”

Ricciardo’s 2018 season has been marred with reliability issues, with the Aussie retiring from eight of the 21 races this year.

“He had a really rough second half of the year but they were mostly power unit related which we had no control over,” the Red Bull team boss added.

“It’s been hugely frustrating for him and the team.

“Max had similar issues last year as well, and we hope with the change of engine partner it becomes a different story.”