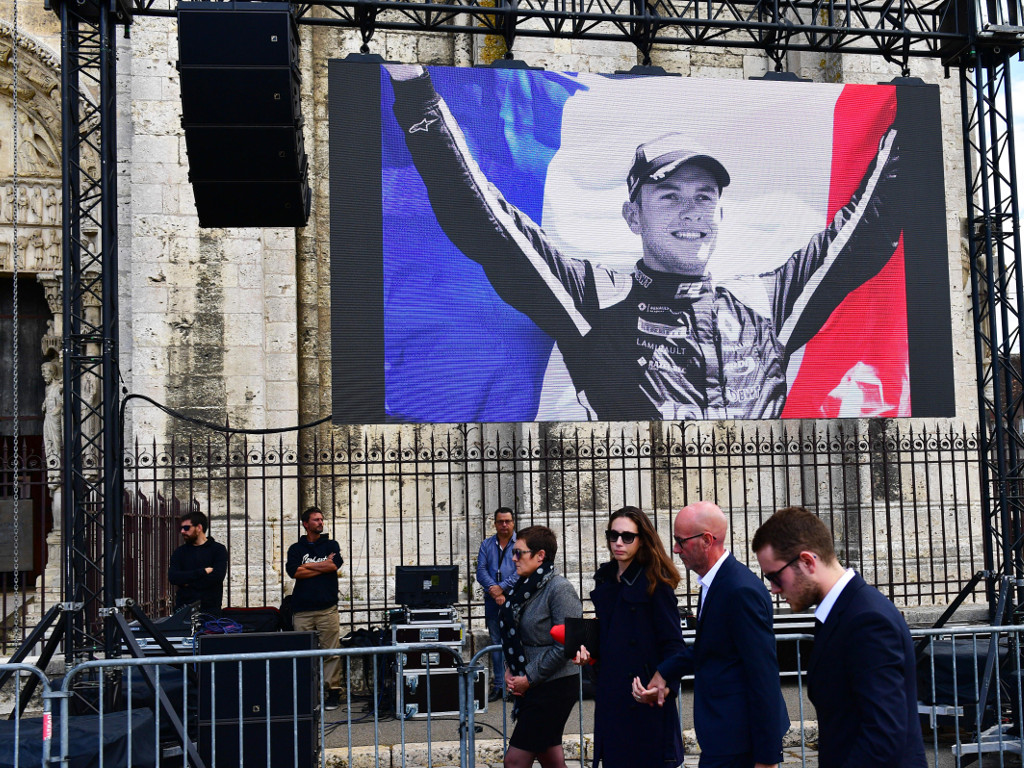 The motorsport community paid its respect to Anthoine Hubert as the French F2 driver was laid to rest on Tuesday.

Hubert died during the Belgian GP weekend as a result of the injuries he suffered in a high-speed crash at the feature race at the Spa-Francorchamps circuit.

Close friends and fellow racers Charles Leclerc, Pierre Gasly, Esteban Ocon, and George Russell were amongst those who attended the 22-year-old’s funeral in France.

Hubert’s helmets were laid out in the nave along with flowers, a French flags and pictures of the young driver.

“Anthoine, your smile, your energy, that’s the image we have of you,” said former F1 champion Alain Prost, who worked with the youngster through the Renault driver programme.

According to BBC Sport, Prost spoke of Hubert’s “kindness, curiosity, intelligence, professionalism and gentleness” as well as how his constant “quest for perfection would have propelled him towards a bright future.”

Many teams also took to social media to remember Hubert.

The F2 championship tweeted: “Today, we remembered the shining light of one of our brightest stars, Anthoine Hubert, with the rest of the motorsport community. Our thoughts have been with those closest to him, as his life was celebrated today at Chartres Cathedral.”

Juan Manuel Correa, who was also involved in the crash, remains in “a critical but stable condition” in a UK hospital.