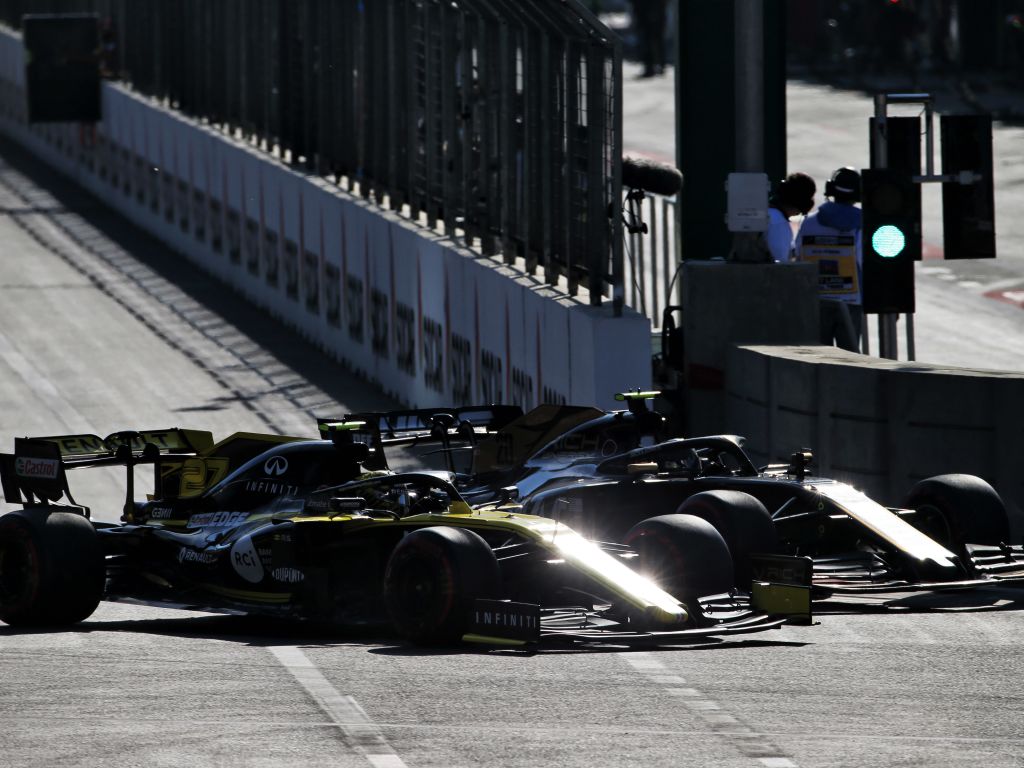 Kevin Magnussen and Nico Hulkenberg are not the best of friends, but Haas principal Guenther Steiner doesn’t see an issue with them as potential 2020 partners.

Haas are currently weighing up whether or not to retain Romain Grosjean for 2020 to continue his partnership with Magnussen, but if they decided to make a change, then Hulkenberg is the favourite to replace him after Esteban Ocon took his seat at Renault for 2020.

The problem is Hulkenberg and Magnussen have a complicated history.

Magnussen unforgettably told Hulkenberg to “suck my balls” in 2017 when the pair met in the TV pen following an incident in the Hungarian GP.

Netflix also picked up on their rivalry in the first season of ‘Drive to Survive’ which focused on the 2018 campaign, a show in which Steiner himself became a main attraction.

But, should Haas go with this line-up for 2020, then Steiner doesn’t have any concerns because “we are running into each other even without history,” of course referencing the multiple clashes between Magnussen and Grosjean in 2019.

“We are running into each other even without history! We would manage,” he told Motorsport.com.

“I don’t think about that, it’s not about [them], it’s about the team. We are all grown-ups, this is a business.

“I’m sure you have colleagues you don’t like to work with. It’s a business, I see it like this. You need to be practical with this stuff. But that is not a thing which would influence what we are doing. That is their problem, not ours, should it happen.”

Hulkenberg also saw the funny side of things, but made it clear that he wouldn’t have a problem with partnering Magnussen.

“I’d love to see that,” the German said with a smile.

“Honestly, the teammate is the teammate. You have to accept them. With some you get on, but you don’t have to get on. Maybe it’s better, I don’t know. I don’t think that would be a deal-breaker for me.”

Magnussen stressed that the incident was blown totally out of proportion and that it frustrates him that people still talk about it.

“It was dramatised massively, getting really tired of this subject,” he stated.

“Between me and Nico there’s really been only once incident in Hungary two years ago. It’s incredible we are still talking about it.

“I mean, there’s not many drivers who are friends off the track. We say ‘hi’ to each other when we see each other on the drivers’ parade, but there’s no issue between us.”

The Danish driver doesn’t have a preference on who is his team-mate for 2020, he just wants the fastest partner.

“Obviously there’s no decision on that side so far,” he said. “But I’m happy either way, I’m happy with the teammate right now, and I’d be happy with anyone really.

“I think when you’re in a midfield team you need a strong teammate, someone who is regarded strongly, rated highly, because that’s the only way you can show yourself.