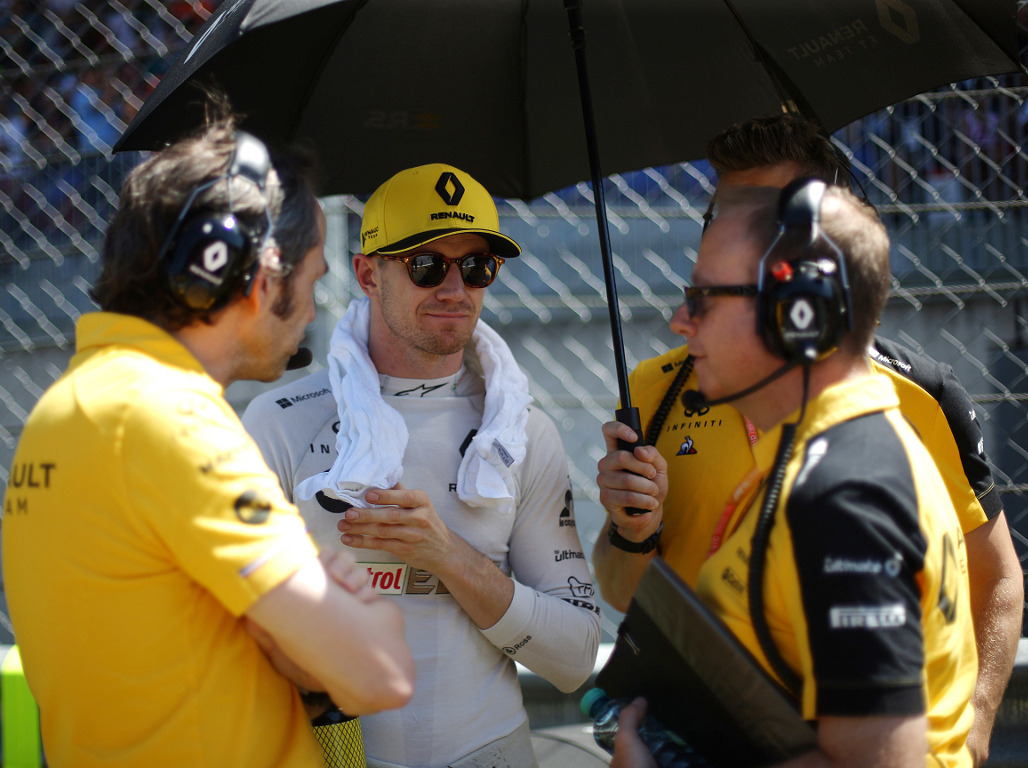 Nico Hulkenberg is really hoping Renault’s Austrian GP woes were “track specific” as he feels “nothing” worked around the Red Bull Ring.

Hulkenberg qualified P12 for the Austrian race but started 15th on the grid due to an engine penalty.

The German says he struggled with just about everything to do with the car, revealing it has “very strange behaviour” around the 4.3km circuit.

“Conclusion is nothing really worked,” he told Motorsport Week.

“[We had] a lot of problems with the car. Also with the brakes.

“We started to have more issues [in the race], some very strange behaviour, like square kind of braking.

“It was difficult to control the car at times.

“Even driving in a straight line it felt like the front was very light, getting pushed around, as if you were in a close tow behind another car.

“Certainly not easy out there.

“The Alfas were not far ahead but following another car here is tough in those corners and we didn’t have enough pace to get by.

“[These problems are] kind of specific and new for which is obviously a bit of a surprise and a little bit strange.”

Sunday’s result means Renault lost ground to McLaren in the battle for best of the rest in the standings.

While the Woking team bagged a double points-haul, neither Hulkenberg nor Daniel Ricciardo scored a single point.

Hulkenberg added: “I felt in previous years Austria is a bit of a particular circuit.

“In the last few years with Renault we never had really great experiences here, so I hope it’s more track specific.

“We need to use that next week, take a deep dive, head into the data and look into things and see what’s going on.”