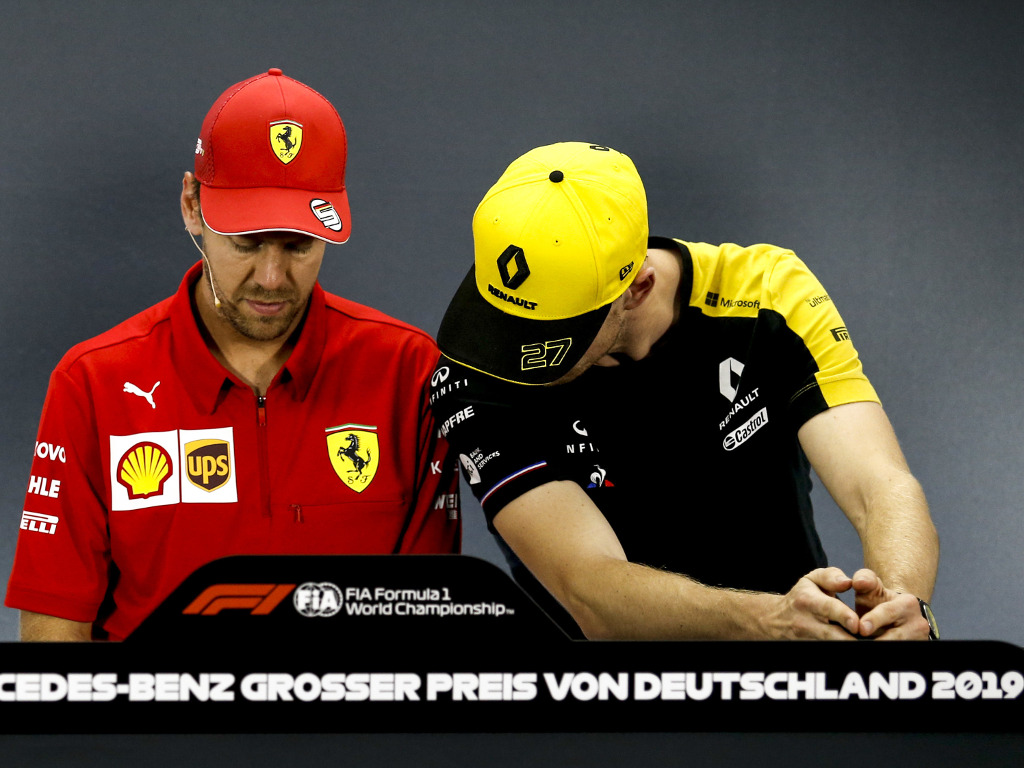 Sebastian Vettel hopes Nico Hulkenberg returns to Formula 1 in 2021, saying his countryman’s fate shows something is “not working properly” in F1.

Hulkenberg will not line up on the 2020 grid after failing to land a new job after Renault announced they wouldn’t re-sign him.

The German looked to Haas and Alfa Romeo for a race seat but both teams opted to retain their 2020 drivers.

Vettel says it is a damning indictment of the state of F1 that a driver of Hulkenberg’s caliber is without a drive.

“It’s really strange, because I have known Nico for a long time, we race against us since we were kid,” he told Formulapassion.it.

“The fact that a driver like Hulkenberg is without a seat for next year is bitter.

“This shows that something in this F1 is not working properly.

“I hope he will come back very soon. He has the potential to be a here and I don’t want to be the only German driver in F1 too long.”

As for his own season at Ferrari, the four-time World Champion hopes that the hard lessons Ferrari are learning this season will pay off next year.

“I hope that what we learned this year will be helpful for the next one and that the car will be performing from the beginning of the season.

“We learned our lesson we saw our weakness the season was compromised for trying to solve this problem but it takes time.”