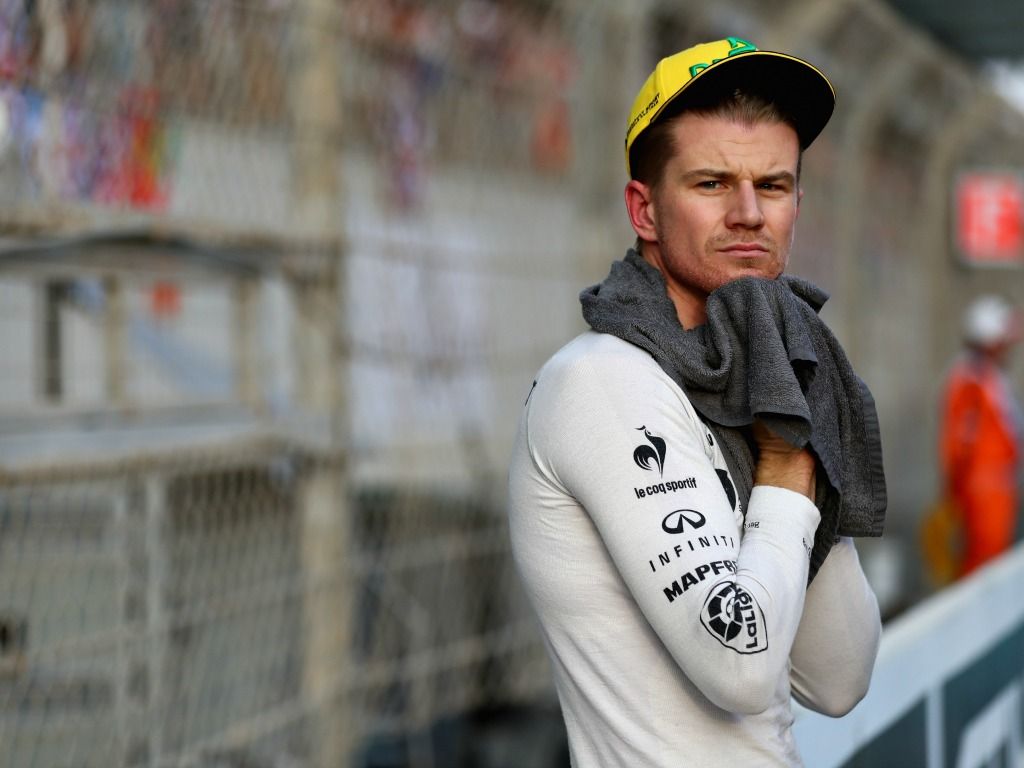 Nico Hulkenberg has played down his Turn 1 flip in Abu Dhabi, describing it as “spectacular but nothing really dramatic”.

The German was in a battle with Romain Grosjean down into the Turn 8 & 9 chicane on the opening lap.

The pair both locked up and ran wide, and very much like Ocon/Verstappen in Brazil, Grosjean caught Hulkenberg on the inside of the second part of the chicane.

The Renault was catapulted into the air and barrel rolled twice before coming to rest on the barriers, upside down.

He walked away unscathed from his big collision with Romain Grosjean#AbuDhabiGP 🇦🇪 #F1 pic.twitter.com/bAVm0LRgtQ

Despite the nature of the crash, the German was more bothered about letting down the members of his team who had worked so hard.

“Yeah, all fine,” he replied when asked about how he was.

“Just the normal disappointment that you have when you are out on Lap 1 of the race.

“It is obviously not what I was looking for.

“There is such a long build up and everybody is putting in the hard work over the weekend and then to be out on Lap 1 like this, and with a lot of damage to the car as well, it just feels bad.”

After the incident, Grosjean was immediately on the radio asking if his fellow racer was alright, and Hulkenberg did not put any blame on the Haas driver.

“Very disappointing but yeah, I think we have to put it down as a racing incident,” he explained.

“Racing Romain [Grosjean] into Turn 8. We both locked up and I went really wide.

“He went even wider so I thought he ran off the track and I had Turn 9 to myself. That is why I took the apex.

“But obviously he was still there and our wheels made contact and the rest we have seen. A couple of flips which look spectacular but nothing really dramatic.”

This is the first time that we have seen a car flip upside down in the halo era, with some people having concerns as to it trapping the driver in these situations.

However, Hulkenberg did not really think it caused that much of a problem, considering his R.S.18 was leaning against the barrier anyway.

“I don’t know really as to whether the Halo blocked me [getting out] or not,” he admitted.

“To the right I had the barrier anyway and then there was a very small gap.

“When you are upside down it is not so easy to find all the buttons and all the things because everything feels very different.

“It was also the first time in the car to end up on the roof. I was just sitting tight, waiting for the marshals, and they reacted very quickly and obviously got me out.”