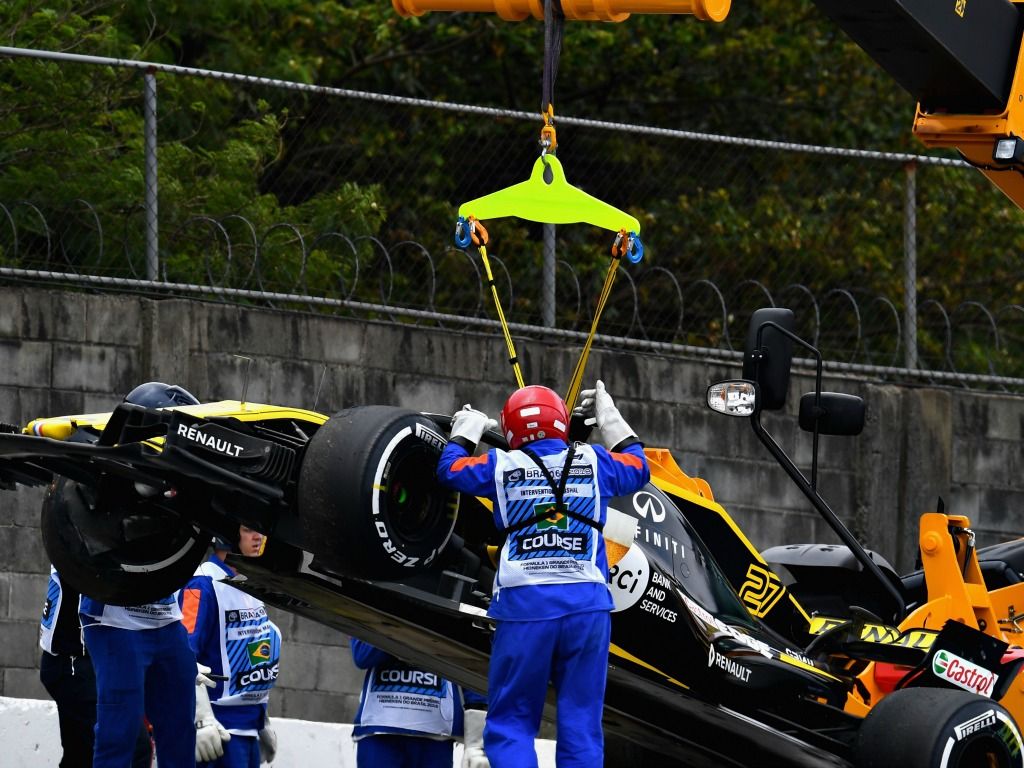 Nico Hulkenberg admitted that his Turn 13 crash during the second practice session in Brazil was “frustrating”.

The Renault man was exiting the Juncao corner and trying to get on the power for the main straight, but ran wide.

He could not get his R.S.18 back on to the tarmac and slid across the grass and into the barriers, bringing out the red flags.

“The car bottomed out, and from there it was done, I was a passenger.

“Once I bottomed out that really pulled me out of the track and onto the grass.

“Obviously there’s no grip on the grass, and it was inevitable from there that I would hit the wall.

“It’s a pity and it’s frustrating. Obviously it’s far from ideal to crash on a Friday, it’s not what I want, but unfortunately it happened today.”

There were positives for the German, though, as neither the power unit or gearbox of his Renault were damaged.

This means no penalties for the Brazilian Grand Prix on Sunday afternoon, but he does not hold out much hope against their midfield rivals.

“I think we don’t look as competitive as in Mexico and in Austin,” he added.

“A little bit as expected, this track is a bit more challenging for us in the balance that we face.

“A challenging weekend ahead.”